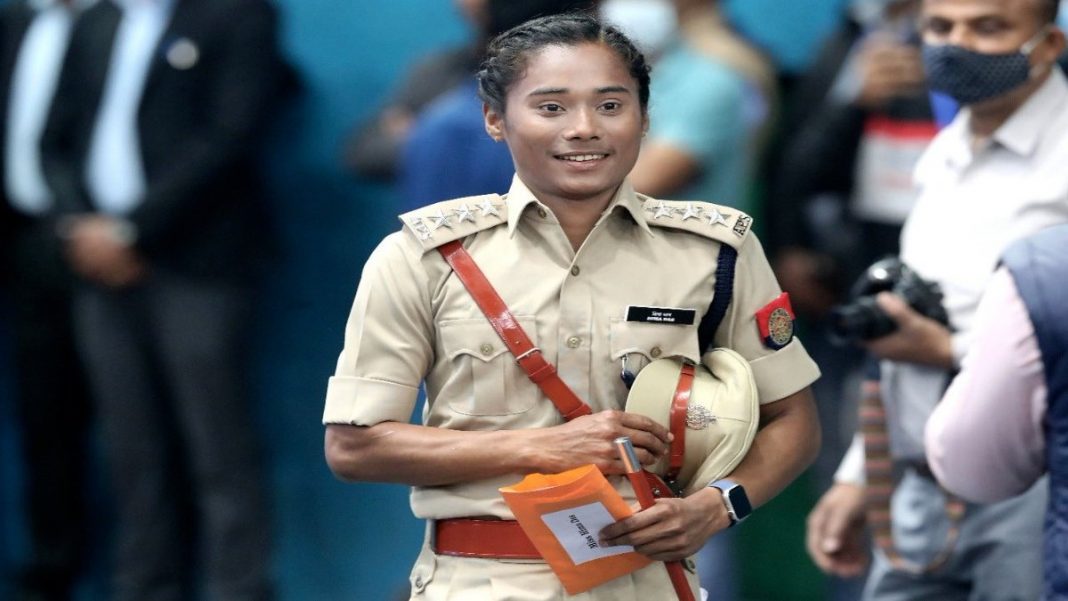 Indian ace sprinter Hima Das was appointed today and inducted as a Deputy Superintendent of Police in Assam. The induction was done in the presence of the Chief Minister of Assam, Sarbananda Sonowal. There were also other top government officials present in the ceremony. Soon after her appointment, Hima addressed reporters and stated that it was a childhood dream of hers which was coming true.

Hima Das is only 21 years old at present. She became the first Indian to win gold at an international sprinting event when she won gold at the IAFF Under 20 World Championships where she run the 400m race in 51.46 seconds. She is also the holder of the national record in 400m with her timing of 50.79 seconds at the Asian Games in 2018 which were held in Jakarta, Indonesia.

Hima Das speaks to reporters after getting inducted

Hima Das addressed reporters after getting inducted into the police force and said, “People here know and I am not going to say anything different. Since my early school days, I harboured a wish to become a police officer one day and my mother also wished that. She would buy a gun (toy) during Durga Puja (a norm among kids in this part of the world during the festival), my mother would tell me to work in Assam police, serve the people and become a good person.”

She then stated that she would continue her sporting career saying, “I got everything due to sports, I will try to work for betterment of sports in the state and try to make Assam one of the best performing states in the country, like Haryana. I will diligently work for Assam police but I must say sport will never take a back seat.”