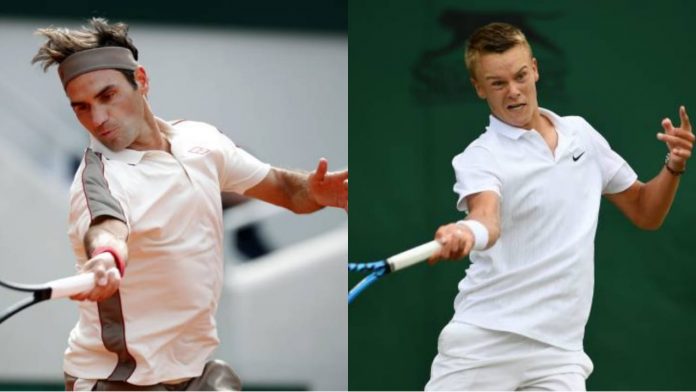 Holger Vitus Nodskov Rune aged 17, is the current junior world no.1. He is also the junior Roland Garros champion and is currently ranked 317th in the senior rankings. Holger Rune won the French Open junior’s title in 2019 and has climbed over 500 spots since then.

Earlier this month, Holger Rune competed in his first ATP tournament at Buenos Aires. He was awarded a wild card entry but lost fighting to Albert Ramos-Vinolas in the first round.

He was then asked about his goals for the year, to which he said: “The idea is to qualify for the main draw of the French Open and I think I have a great opportunity to score points here to get closer to the goal of qualifying.”

He continued: “Then by the end of the year I would like to get into the top 100. It’s a big step, but I think I can do it. My dreams are to win several Grand Slam, reach No. 1 and be like Roger Federer.”

The junior clay specialist spoke about Roger Federer. He recalled his time training with Federer at the ATP Finals in 2019.

“Training with Federer at the ATP Finals in 2019 was unreal,” he said.

“I was nervous before the practice session, but Roger is so relaxed, nice guy, great person. He is my favorite player and I dream to be like him.”

The teenager had announced earlier that he would be training with Novak Djokovic in Monte Carlo on Wednesday. The collaboration came about after the young Dane reached out to Djokovic on Instagram, asking him if they could practice together.

The World No. 1 responded in the positive and as a result, Rune traveled to Monte Carlo for the valuable opportunity.