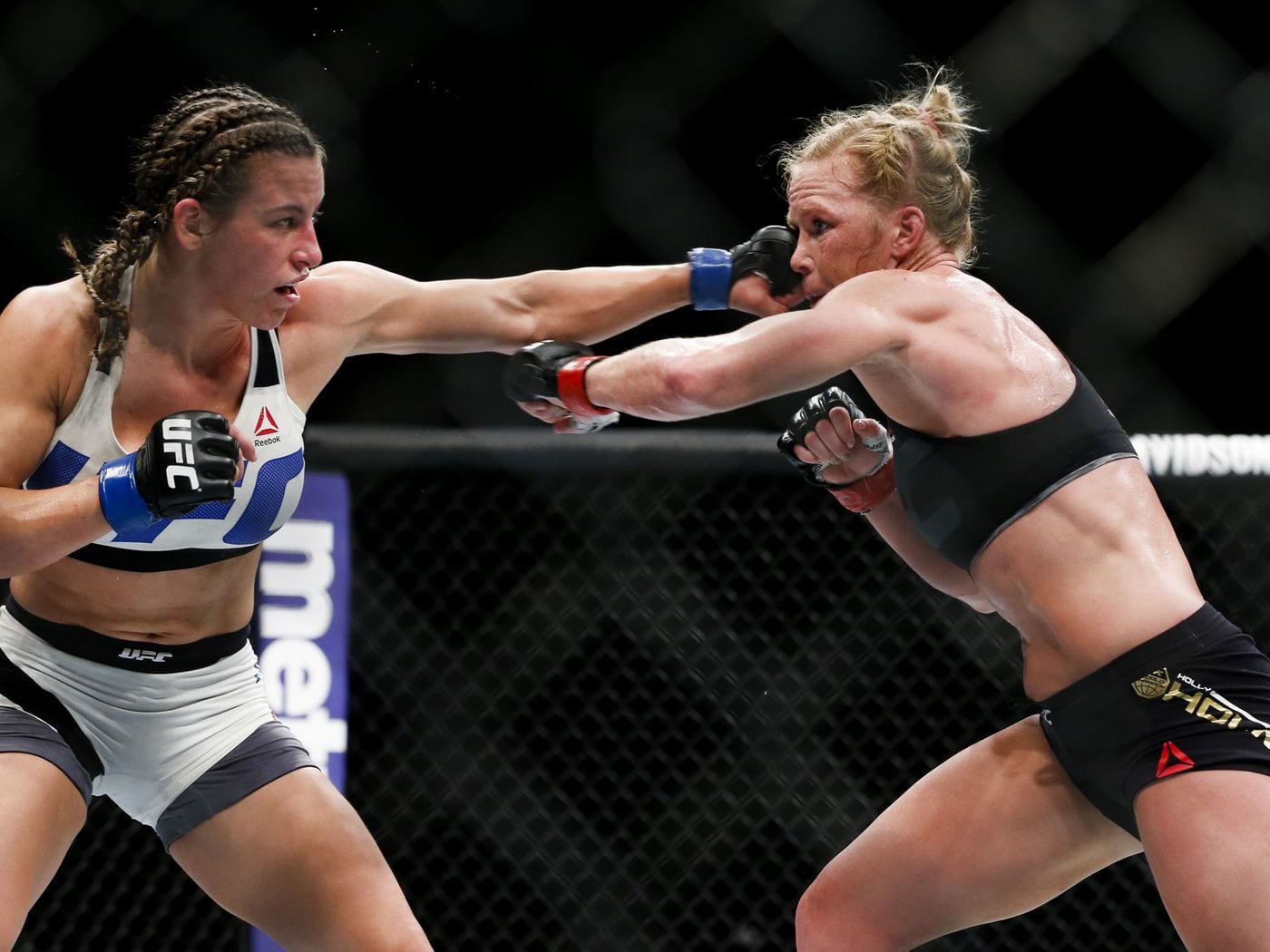 Miesha Tate recently announced that she would be returning to the octagon, after a long hiatus of almost 5 years. The ‘Cupcake’ will be taking on Marion Reneau on the 17th of July, this year. The former UFC women’s bantamweight champion stole the limelight when she beat Holly Holm to clinch the bantamweight belt at UFC 196. However, things went downhill quickly for Miesha after she suffered a series of losses and announced her retirement the same year.

Elsewhere, Holly Holm who is still among the women’s bantamweight elites (number 2 ranked bantamweight), spoke about facing Miesha Tate one day, again. On an ESPN+ Q&A hosted by Laura Sanko, Holm revealed that she always likes to “avenge losses no matter what”.

‘My plan is to compete for the belt’ – Holly Holm

Holm was quoted as saying, “My plan is to compete for the belt, so if that fight ends up being on the way there, then absolutely. I always like to avenge losses no matter what, so yes, I would like to do that, but I think sometimes you can get so fixated on one fight that you’re not focused on whatever is coming your way.” [via MMA Junkie]

She continued, “Whatever gets you to the belt, that’s my ultimate goal and it would be awesome if I could go through and do it all. Avenge my loss (to Tate), then go to the belt.” [via MMA Junkie]

Holly Holm is coming off a victory against Irene Aldana at a UFC Fight Night event in October, last year. Tate on the other hand, needs to mark her return with a bang and rake up at least a couple of victories, so that Holm could fight Tate and probably avenge her loss.