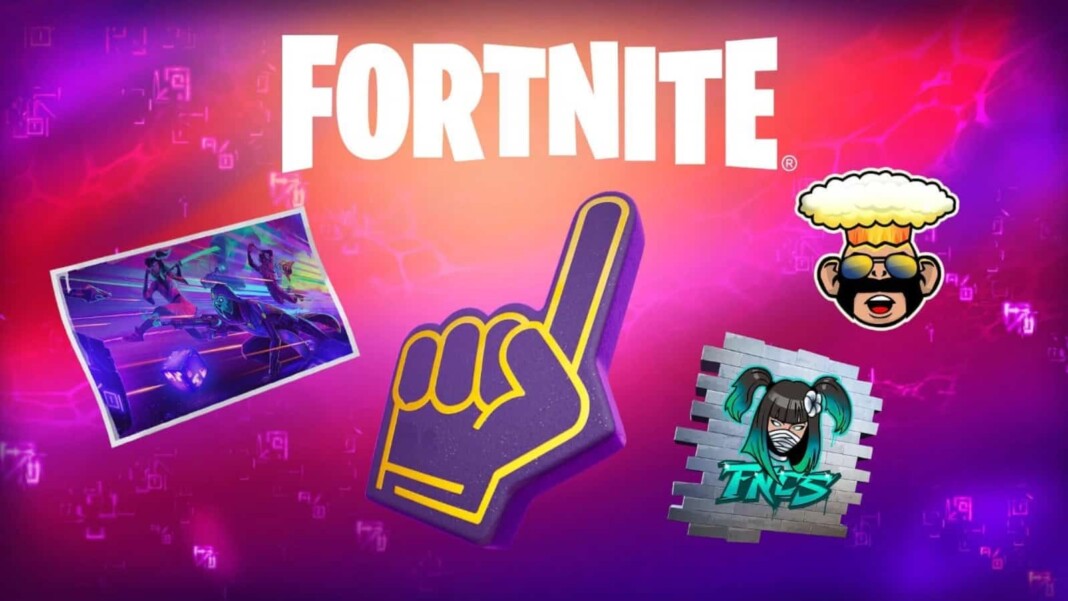 Fortnite free rewards from FNCS: Fortnite All-Star Showdown is a creative competition launched by Fortnite. Fortnite FNCS Rewards are especially appealing. The past weekend marked the beginning of the inaugural FNCS All-Star Showdown, a competition where Fortnite’s best players of the last two seasons will duel for their share of $3M USD. The article covers everything you need to know about the Fortnite FNCS Rewards and how to claim them for free.

The Fortnite All-Star Showdown combines the Champion Series with the Creative mode to challenge gamers through various events. The two-week-long event consists of several competitions with separate objectives to follow.  Epic Games has prepared a set of four rewards, including the FNCS 2:8 animated Emoticon, FNCS Spirit Spray, Combat Cubed Loading Screen, and the Foam Finger Back Bling with the purple style variant.

Players can get them simply by watching FNCS live streams on Twitch and linking their Fortnite and Twitch accounts to get the loot drops. After linking the accounts, they can tune into any official broadcast on the Fortnite Twitch channel or any supported channel during the FNCS competition. It has mainly four events, namely:

EPIC Games will be covering both FNCS Qualifiers on October 17 and 24. Coverage continues with the FNCS Semi-Finals on Thursday, October 28, and the adjusted Reboot Round on Friday, October 29.  Players can watch the official FNCS live stream in all supported languages, or you can watch natively on Twitch or YouTube as well.