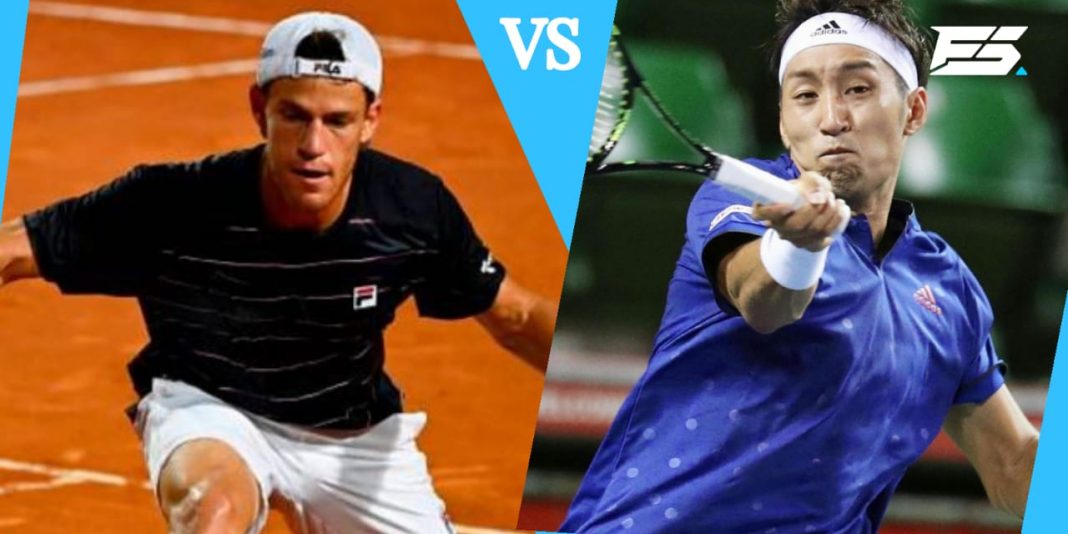 Diego Schwartzman, World No. 9 and the 5th seed will be taking on Yasutaka Uchiyama who is ranked 110 in the men’s ranking, in the second round game at the ATP Miami Open 2021 on 27th March,2021.

Diego Schwartzman will be playing his first game the ATP Miami Open 2021 when he takes on Yasutaka in the 2nd Round. Diego comes into the tournament from an early exit at the Acapulco Open and winning the ATP 250 Buenos Aires in his home country. Apart from this win, Diego had to go out early in the tournaments he has played in 2021.

Yasutaka Uchiyama comes into the 2nd round with a straight-set (6-3, 6-4) victory in the first round on the course of some early exits in the previous tournaments of 2021. The Japanese is yet to taste success on the ATP Tour since turning pro in 2011 and has failed to qualify for the 2nd round in any of his Grand Slam appearance.

2nd Round match at the ATP Miami Open 2021 will be the first meeting between the two 28-year olds who will face each other for the first time on the tour. The head to head stands at 0-0.

Diego Schwartzman comes into the tournament well rested owing to his bye in round 1 as compared to Yasutaka who had to play his 1st round game which he won comfortably though.

Schwartzman is a strong player on the baseline and has a strong forehand as well as backhand. He plays defensively usually because of his ability to hit winners from defensive positions that is an added feather in his cap. Yasutaka will have to pull off a miracle to win this tie and progress into round 3.