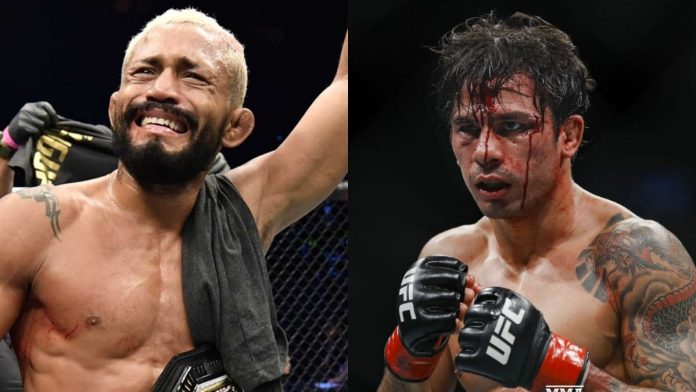 Alexandre Pantoja just defeated Manel Kape at UFC Vegas 18 and proved once again that he belongs in the division and it was a big win for Pantoja and improved his record to 7-3 overall.

“The first fight with Figueiredo (at UFC 240), he came to me and said, ‘Let’s go and make a bulldog fight, a street fight.’ Let’s go, I want to fight, and make my best. I can strike with everyone.”

“In the first round, he took me down. Come on. You want to fight? Why this? He played with me, you know. And I won’t make mistakes again. I’m ready for Deiveson now.”

The challenges just keep on coming for the champion Figueiredo

Figueiredo is scheduled to fight Brando Moreno in a rematch after these two went on an absolute war and the fight ended in a majority draw, Figueiredo and Pantoja fought back in 2019 and their fight also won the “Fight of the Night” award.

Even after this victory Pantoja needs to put on a big performance to get his title shot and nonetheless there are some other big names as well who have their eyes set on the champion.

Who will be the next after Moreno is not quite sure but the bantamweight division is on a roll right now putting classic fights one after the another, who knows maybe we’ll see the return of the former champ Henry Cejudo.