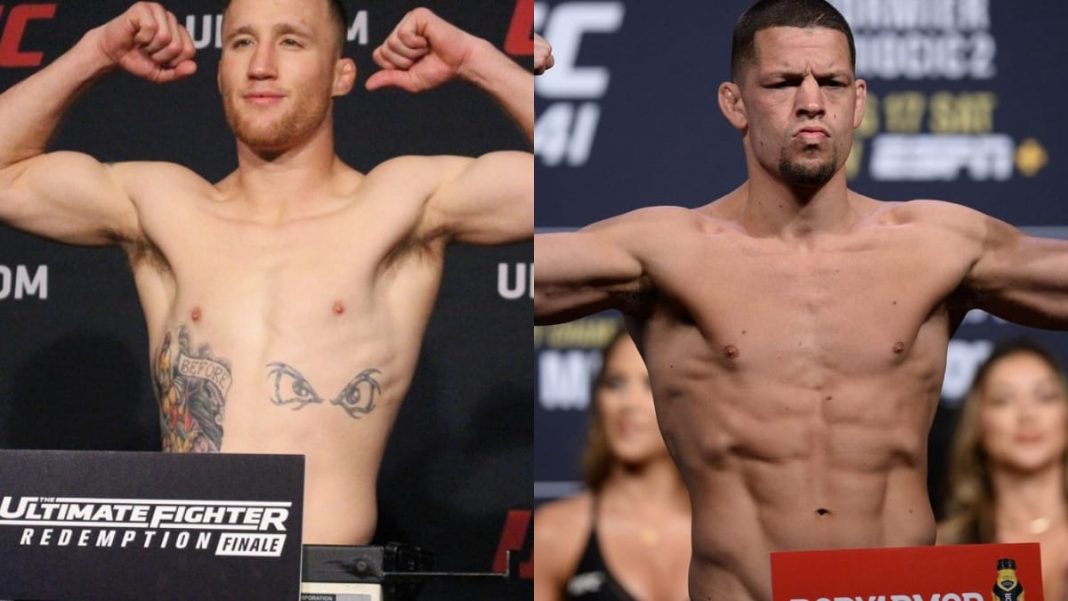 Justin ‘The Highlight’ Gaethje has revealed that he would ‘smoke’ Nate Diaz, if he were to ever take on him. Justin Gaethje is currently ranked number 1 in the lightweight rankings and his name has been popping up very often of late, since the conclusion of UFC 257, where Dustin Poirier knocked out Conor McGregor.

Speaking of this in an interview with Brett Okamoto of ESPN, Gaethje revealed that he could beat ‘The Stockton Slugger’ any day of the week. Gaethje seemed pretty sure that Nate was a piece of cake for him.

Justin Gaethje hasn’t fought since losing to Khabib Nurmagomedov at UFC 254, and he has also revealed that he would need at least 12 weeks to prepare for a fight. The number 1 ranked lightweight contender is open to taking on any top ranked fighter, right now.

Nate Diaz, on the other hand, hasn’t stepped inside the octagon, since November 2019, when he lost to Jorge Masvidal. He has hinted at a return to the lightweight division.

What are your thoughts on this? Will we see a matchup between Justin Gaethje and Nate Diaz? If yes, who do you think will win?