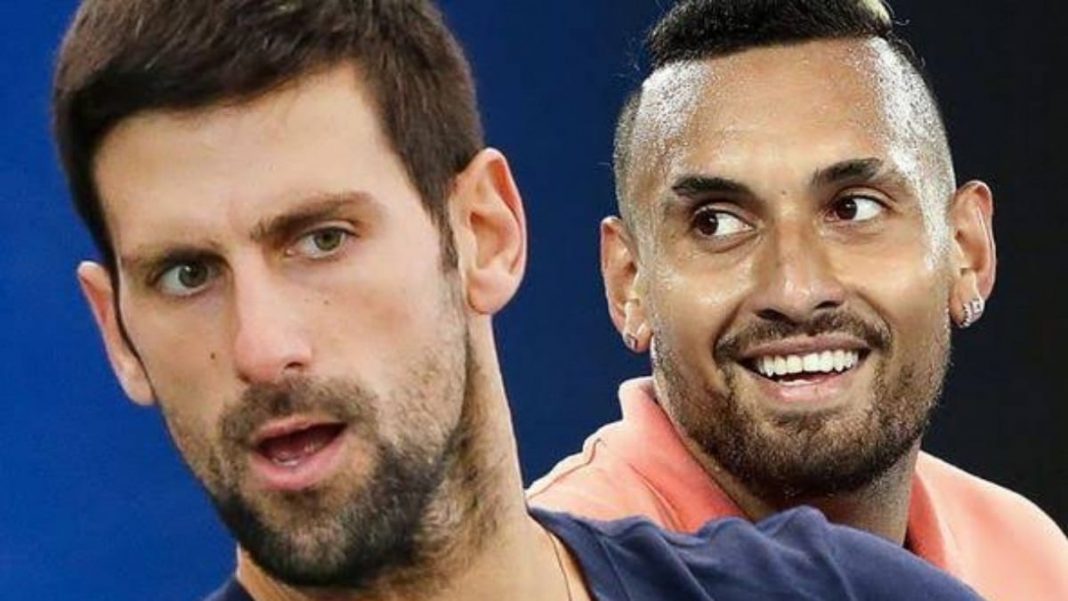 Nick Kyrgios is not one to back down and it came as no surprise when he rekindled his feud with Novak Djokovic.

First, he imitated the Djokovic post match celebration. And then while speaking at his doubles post match conference he kept taking potshots at Djokovic. He said, “We’re just having some fun. Novak, I’m sure, doesn’t like me and we both have respect for each other, but I don’t like him at all, so it’s fun.” Interestingly, Kyrgios termed all the comments he made ‘ banter’ and said that it can’t be taken seriously.

These comments came on the heels of Novak saying that “ personally he has no respect for Kyrgios.”

“Well Novak, I think he is trying to end it, because I don’t think he’s enjoying it, on the other hand, I think you see Nick Kyrgios, who is quite enjoying it.” says Mats Wilander

Mats Wilander, former world no.1 and noted tennis analyst, claimed that Djokovic has no time for all this drama. He said that Djokovic is chasing greatness, his 9th Australian Open crown, and would want this feud to end. Wilander also said that he believes Kyrgios is having a lot of fun with these comments and actually doesn’t want the verbal back and forth to end. Wilander said that social media and fan engagement has become a huge part of this generation’s life and that’s why players such as Kyrgios do or say the things they do.