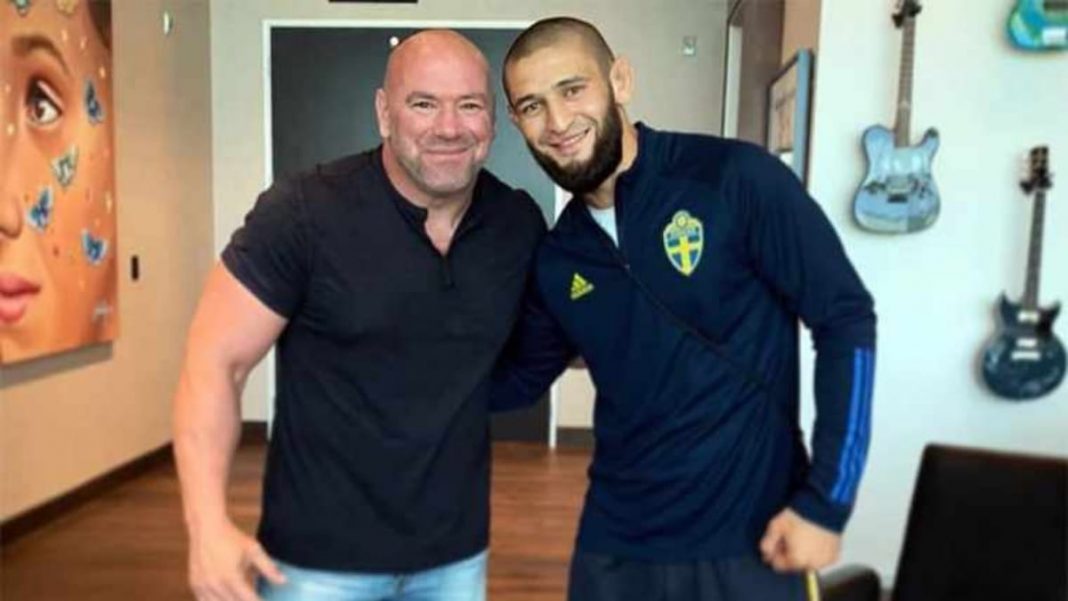 The Russian fighter, Khamzat Chimaev is apparently retiring from MMA. Khamzat joined the UFC very recently in the year 2020. The fighter is unbeaten in his professional MMA career and certainly had some hype surrounding him. It has come off as a shock to everybody that Chimaev is announcing his retirement.

The saga began last December when the Russian was scheduled to fight Leon Edwards. The initial booking was postponed due to Edwards testing positive for the Covid virus. Their bout was rescheduled to January but Swede got COVID-19. The fight eventually had to get canceled as Chimaev couldn’t fully recover from the effects of the virus.

A while ago, Khamzat Chimaev took to Instagram to announce his retirement from MMA. The fighter wrote, “I want to say thank you all so much for supporting me in my journey in this sport.” Chimaev continued saying, “I think I’m done, yes I know I didn’t take the belt but it’s not the most important victory in this life.”

The fighter ended his statement by thanking his team and the UFC. Khamzat Chimaev has a record of 9-0-0 in his MMA career and has never been defeated. He ranked #14 in the UFC welterweight. His retirement sure will come off as a piece of shocking news to MMA fans.

The MMA Junkie news reporter, John Morgan spoke with UFC President Dana White after he talked with Khamzat Chimaev. According to White, Chimaev will not be retiring. This leaves the MMA fans in quite a puzzle.

According to Khamzat Chimaev, he was retiring due to long-term medical reasons. The fighter also was seen posting pictures of him throwing up blood in his Instagram stories. But according to most of the fans, the fighter’s retirement seems to be legit.