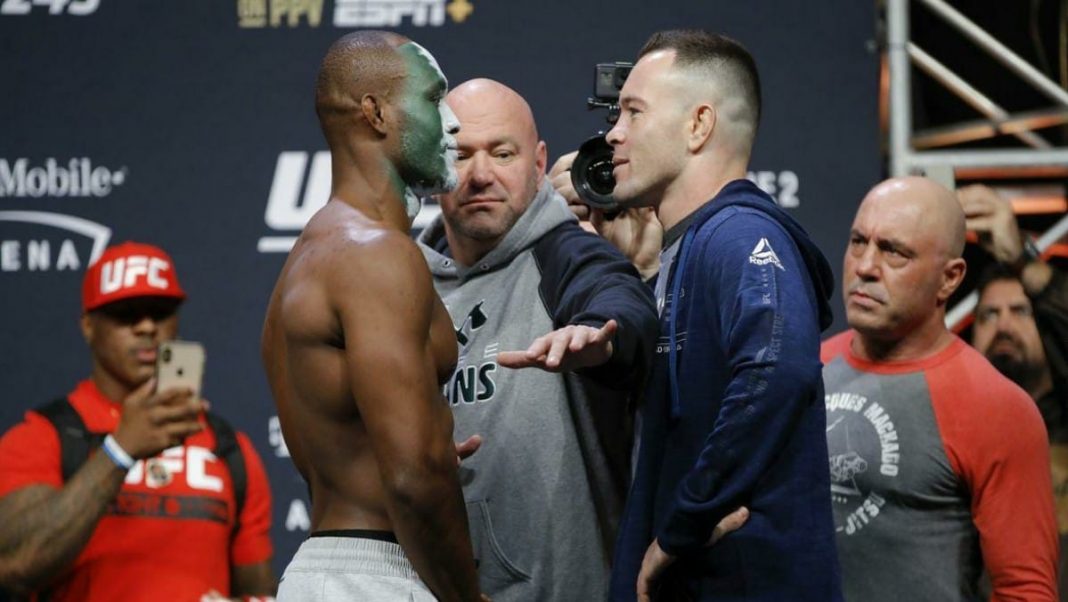 The UFC Welterweight champion Kamaru Usman retained his title by defeating Gilbert Burns at the main event of UFC 258.

In this fight, Usman showed adversity but his arch-rival Colby Covington only see one thing that is his weakness. While appearing in the latest interview with Submission Radio, Covington says,

“I think that looks like a guy really primed to get knocked out his next fight, and I want to be the one to deliver it, He looks a little chinny. Dilbert, he’s an oversized m*dget, man, he’s a 155-er getting knocked out by 155-ers.”

“The guy’s nothing, and that guy came out and dropped you and almost finished you in the first round? You got lucky to get out of that that he fell on his back and just sat there for five minutes and let you recover. Besides that, I didn’t see anything special.”

“I see a guy that’s gotten worse. He changed camps and he looks like a different fighter in the worst way. He looks like he’s declined in his progression. So, he looks like a guy I’m ready to expose to the world, and I want to show them Colby “Chaos” Covington 2.0.”

Covington has no interest in fighting with Leon Edwards

Colby Covington is ranked number 2 in the Welterweight rankings and now he wants nothing less than a rematch with Kamaru Usman.

Reportedly UFC is trying to book a fight between him and Leon Edwards in March but ‘Chaos’ isn’t interested in facing Burns. He added, “Leon hasn’t earned anything, boys. I’m in the Colby Covington Incorporated championship business, I’m not in the Leon Scott charity business.”

Also Read: “It’s time for 20-1, I believe that I’m going to be the first one to beat him,” Jan Blachowicz speaks about his match with Adesanya.