Daniel Ricciardo driving for McLaren F1 was one night his fans truly deserved to see. Driving for a team that has its own upwards trajectory going, could really help the Australian Honey Badger. Currently, Ricciardo is present at the McLaren technology center to officially launch their challenger that will drive for the 2021 F1 season.

Knowing that Ricciardo has a great sense of humour and knows when to lighten up the mood. He surely knew how to answer a reporter when he was asked about the reason why he joined McLaren F1.

“I just thought papaya would look good on me; the complexity, the beauty!”

Looks like he forgot the actual reason why he joined the Woking outfit. After all, it feels like an eternity since he put pen to paper on the deal, “Feels like a long time ago. I mean the decision was made or let’s say kind of executed around May 2020.”

However, Daniel Ricciardo got his memory back. The upward trajectory that they had undertaken in the past few seasons swayed him. Fueled by the acquisition of Andreas Seidl, they recorded their best finish of the turbo-hybrid era (third).

“I was just very impressed with what the team had done, particularly the last couple of years. Felt like I wanted to be a part of it, and fortunately, the feeling was mutual. And we made it happen,” said Ricciardo.

“As a kid you remember two teams and obviously being an Italian, it was Ferrari, which was a team I remembered and there was McLaren. Obviously, a big fan of Senna as well.”

He attests to his fandom even when he entered F1, “But one of the gifts that I bought myself once I was in F1. And had enough of money to buy a pair of jeans, the first kind of real gift that I got was a McLaren road car.” 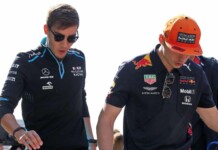 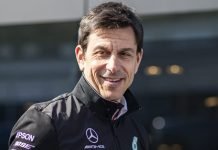