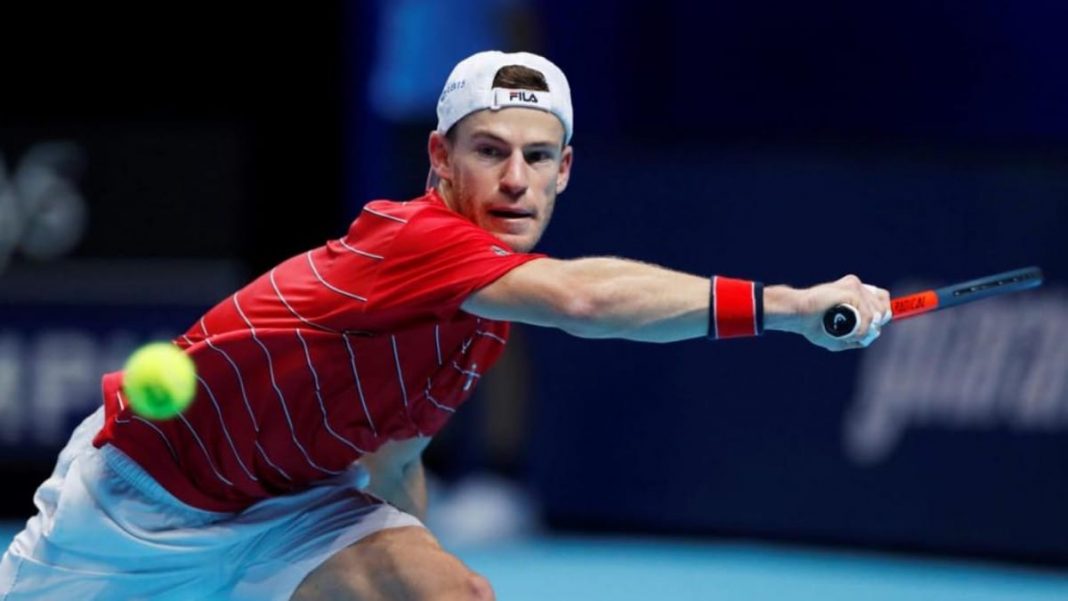 Argentine tennis player Diego Schwartzman has well and truly made a name for himself as an emerging star in tennis. Having wrapped up his best season till date, the 28-year-old finished 2020 as the World No. 9 and qualified for his maiden ATP Finals. And with 2020 behind us now, Schwartzman is laser-focused on the 2021 season.

The first big-ticket tournament on his cards is the Australian Open. Schwartzman recently revealed his goals for the upcoming season. Improvement in his game and progression in the tournament will surely be on the radar for him.

‘Important to stay in top 10’ – Schwartzman

In an recent interview with the Olé, a tennis publication, Diego Schwartzman opened up about his 2021 aims. During the interview the Argentine was asked, “In this 2021 that begins, is what you would like to achieve?” Schwartzman replied, “I am about to maintain the regularity that I have been having, the level that I have been having for several years. Also being healthy physically, mentally and also in health, which is very important. And to be able to continue improving, even if it is something minimal.”

He goes on to detail his plans and said, “Sustaining me and improving something is among the keys to trying to stay there. Within that, my ranking is also continuing to improve, as it has been for several years, which is becoming increasingly difficult. Maintaining and improving myself, looking for the solutions that I may have within my reach so that I can achieve that, is still the most important objective.”

During the same interview Schwartzman was also asked, “How important is it to try to keep your presence in the Top 10?” The Argentine stressed on the importance of maintain his high ranking. He replied, “It is certainly important, yes. Keep the Top 10, no doubt. It is always my goal to improve on what I did the year before. So if in 2020 I finished ninth in the world, hopefully in the future I can improve it.”

Also Read: Diego Schwartzman reveals his TOP 3 moments of 2020, says beating Rafael Nadal, Dominic Thiem and ‘This’ were his favorite