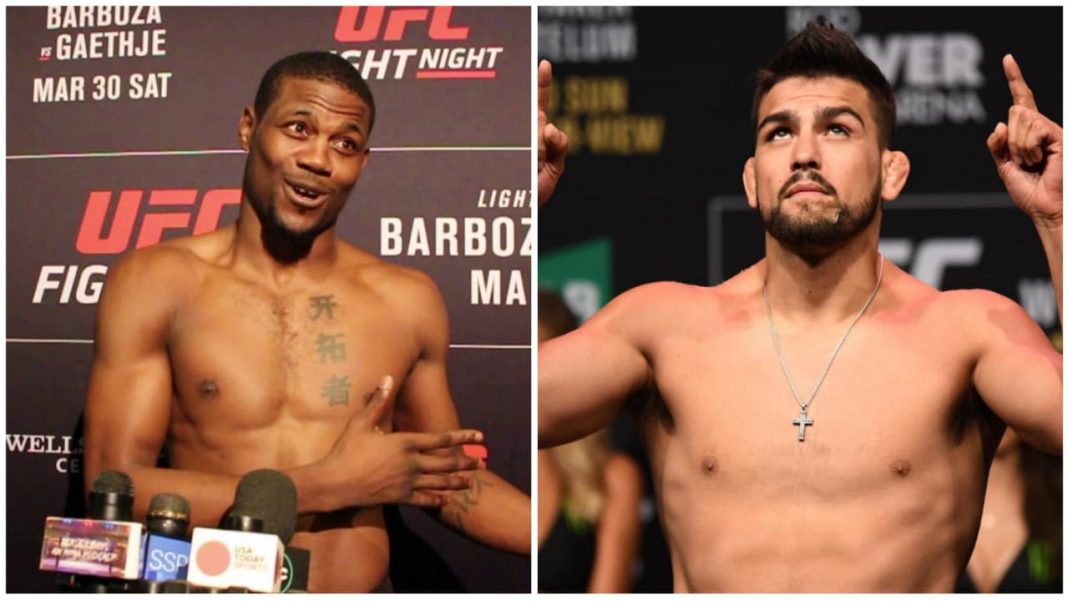 Kevin Holland is 21-5 in his professional record and is one of the hottest prospects in the middleweight division and he’s been knocking his challengers out in the most spectacular manner.

He is on a five-fight win streak and has defeated some big names like Anthony Hernandez, Jacare Souza, and Joaquin Buckley, and now he is scheduled to face Derek Brunson and he is also calling his shots.

He recently called out Kelvin Gastelum he said, “I want to smack Gastelum sometime soon,” now considering the path Gastelum is on, this fight doesn’t seem impossible. After losing his title to Israel Adesanya he lost three-straight fights and is finally back on the win column and maybe if can defeat Kevin Holland he can start his title run again.

From Kevin Holland’s perspective this is also a big fight as facing such high-profile opponent would put his name as a potential title contender.

Kelvin Gastelum after getting back in the win column said that he is ready to serve as a backup fighter in the Robert Whittaker vs Paulo Costa fight.

This fight would be for the number contender for the middleweight division and if Gastelum can get a chance to replace either of these in this fight then he can get his title shot against Israel Adesanya.

The fight between Israel Adesanya and Kelvin Gastelum won the fight of the night award, and their rematch is being demanded by the fans ever since.

Also read: “I think the reaction from the fans it’s a reflection of the work that Anthony and I have had outside of Bellator and even outside of the UFC,” Yoel Romero is grateful for fans and appreciates their support.

“My metabolic system is not catching up” – Nicco Montano misses weight by seven pounds; fight against Wu Yanan at UFC Vegas 33 cancelled