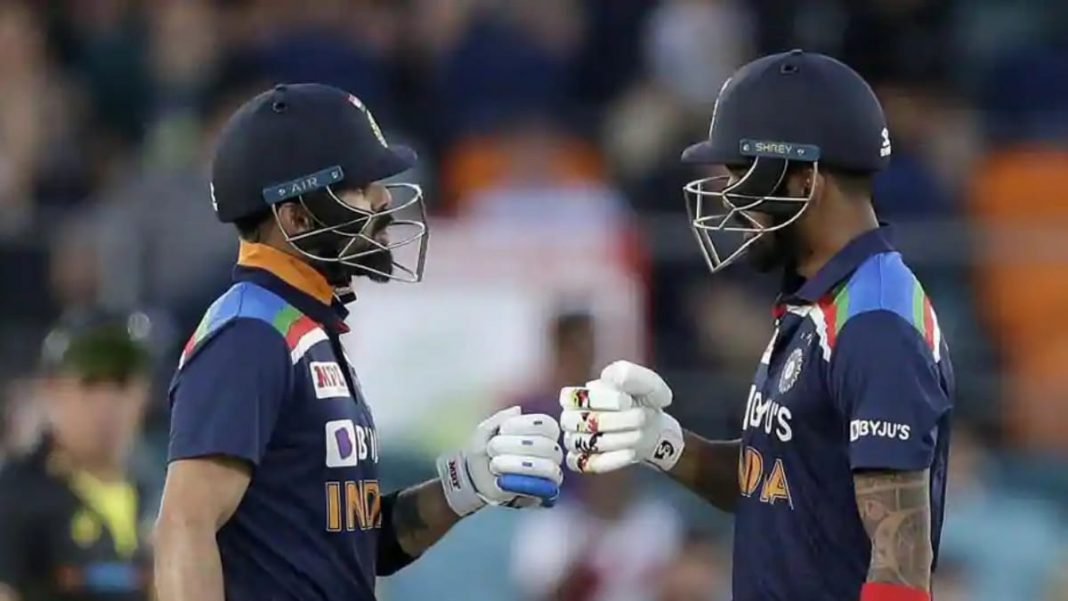 Indian batsmen made significant gains in the ICC T20I Rankings despite not having played in over 3 months thanks to other outcomes going their way. KL Rahul stayed firm on his second spot while his captain Virat Kohli climbed from seventh to the sixth spot. There aren’t other Indians in the rankings for batsmen however, as Rohit Sharma‘s absence for quite some time meant that he slipped out of the top 10.

With the series between New Zealand versus Australia series in full swing, most of the changes in the rankings were due to the same. The series is currently 2-1 in favor of the hosts New Zealand who clinched high scoring thrillers in the first two matches. In the third match however, they were blown away by knocks of high quality from under-fire skipper Aaron Finch and the explosive Glenn Maxwell.

New Zealand batsmen who have been in terrific form made big gains in the latest ICC rankings. Devon Conway who scored a 99 not out in the first T20 in Christchurch climbed a whopping 46 spots to sit at the 17th spot. Martin Guptill who also narrowly missed out on a century by scoring 97 in the second T20 climbed from 14th to 11th as he looks to break into the top 10 once again.

The likes of Jimmy Neesham, Tim Southee, Mitchell Santner, Ish Sodhi and Trent Boult have all climbed in their respective rankings list. With regard to Australia, Marcus Stoinis broke into the rankings by reaching the 110th position by gaining 77 spots. Matthew Wade too rose to 118th.