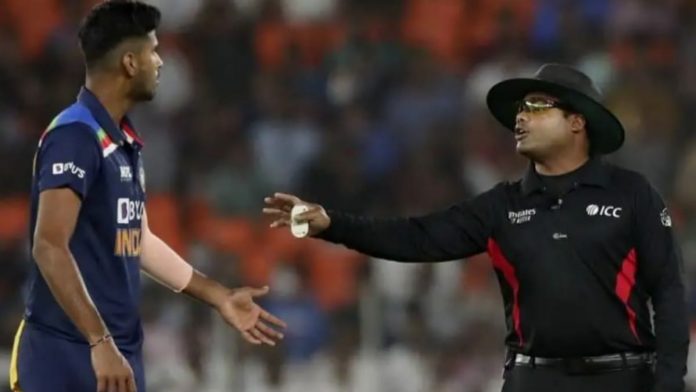 They also took suggestions from other match officials, broadcasters, and Hawk-Eye, the ball-tracking technology supplier. As the committee, after debate, decided to make ‘Umpire’s call’ rule stay because of the aforementioned reason.

Umpire’s Call’ has been a huge debating point in the cricket world since the onset of the DRS and many former players have urged the ICC to do away with this. However, earlier this month, umpire Nitin Menon highlighted why this needs to be stuck with.

Nitin Menon highlighted about why Umpire’s Call should be backed

“See, first of all, Umpire’s Call is regarding decisions which are very close, the decisions which are 50-50, which can go either way, goes with the call of the on-field umpire. It is not a completely perfect decision that has been overturned, so it is a 50-50 decision which can go either way, to the batting side or the fielding side. When we know that technology is not itself 100 per cent correct, so that is when you need the Umpire’s Call,” Menon had told ANI.

“When we know technology is not 100 per cent correct, so whatever the on-field decision is given, since it is a very marginal call, so we will stick with the decision the on-field umpire has given. This concept needs to be understood by the general public because they are not aware of why Umpire’s Call concept is there in DRS. It is basically because it was a marginal call and 100 per cent technology cannot say whether it was hitting the stumps or not,” he had added.

Virat Kohli recently said that the Umpire’s Call is creating a lot of confusion at the moment and the lawmakers need to look at it .