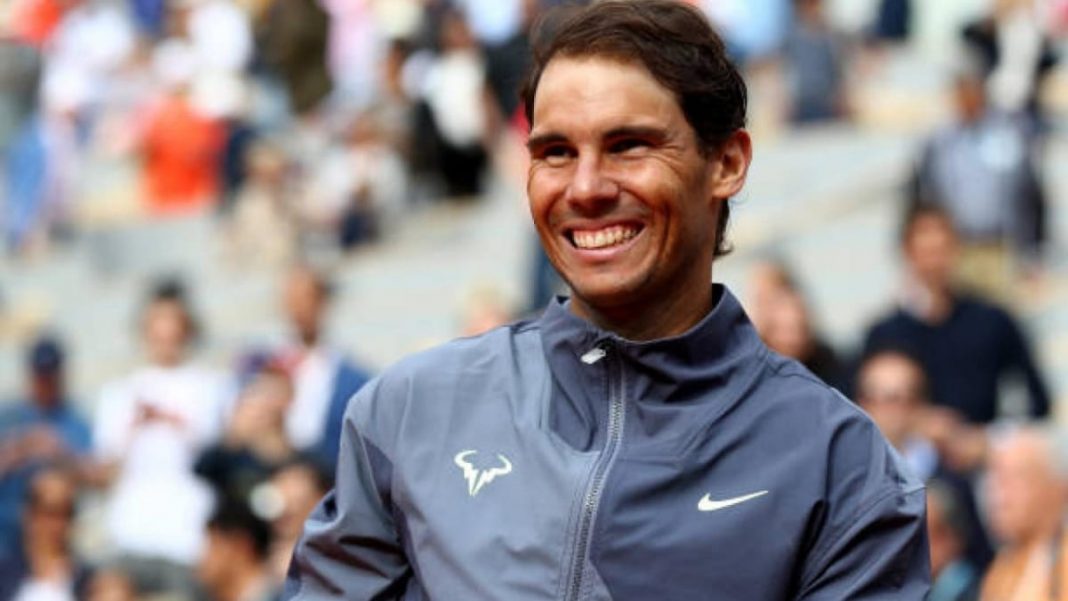 Rafael Nadal won his record 20th grand slam last October by winning the French Open yet again. He equaled Roger Federer’s all-time record of 20 Major titles. He now has a chance to become the out-and-out record-holder in men’s tennis in Federer’s absence ahead of Australian Open 2021.

But in a recent interview Nadal claimed that he is not obsessed with having the record for himself. And that he is ‘more than happy’ with all that he’s achieved in the game so far.

“I did much more than what I ever dreamed in my tennis career. It would be amazing for me to win one more,” Nadal said. “But I know that will not be the key for my happiness in the future. It’s not extra pressure and it’s not an obsession.”

“I keep going, doing it my way,” he added. “If it happens, fantastic, but if not, I’m more than happy about everything that happened to me.”

The Spaniard then went on to praise his two greatest rivals – Roger Federer and Novak Djokovic – claiming that the trio have made each other better players over the years.

“I think we always had a good relationship, a lot of respect. We did beautiful things together and important things for our sport,” Rafael Nadal said. “We push each other to be better. To have somebody in front of you that’s doing a lot of things better than you, it gives you a clear way about what you need to improve to achieve your goals.”

As many as 72 players were forced into hard quarantine last week after the emergence of positive COVID-19 tests on their flights. But when those players complained about the tough conditions they were in, there was immediate and fierce backlash from the Australian public and media.

Many have also questioned the supposedly preferential treatment given to the big stars – including Rafael Nadal and Novak Djokovic. But Nadal believes that his colleagues should have a wider perspective about the prevailing global health situation, and be mindful of the losses that people have suffered during the pandemic.

Interestingly, the top three players on both the men’s and women’s tours are spending their mandatory isolation period in Adelaide instead of Melbourne, with relatively more freedom.

“I feel very sorry for all of them but when we came here, we knew that the measures were going to be strict because we knew that the country is doing great with the pandemic,” said Rafael Nadal.

“It’s normal to complain […] but on the other hand you see how many are dying around the world,” he added. “You see how many people are losing their father, their mum, without having the chance to say goodbye. It’s a real thing, not a philosophical thing, that’s real life. That’s what’s happening in my country. Close people to me are suffering this situation.”

Rafa added that he feels very lucky to be competing at Melbourne Park this year. “It’s a different situation than usual, it’s much more sad for everyone. But at least we’re here, we’re going to have a chance to play here. The world is suffering in general, so we can’t complain. I feel that we are privileged people today, having the chance to keep doing our jobs,” Rafael Nadal said.

Also read: ”It’s strange practicing with my idol and someone I changed my racket hand to be like,” Jordanian teenager opens up about his idol Rafael Nadal