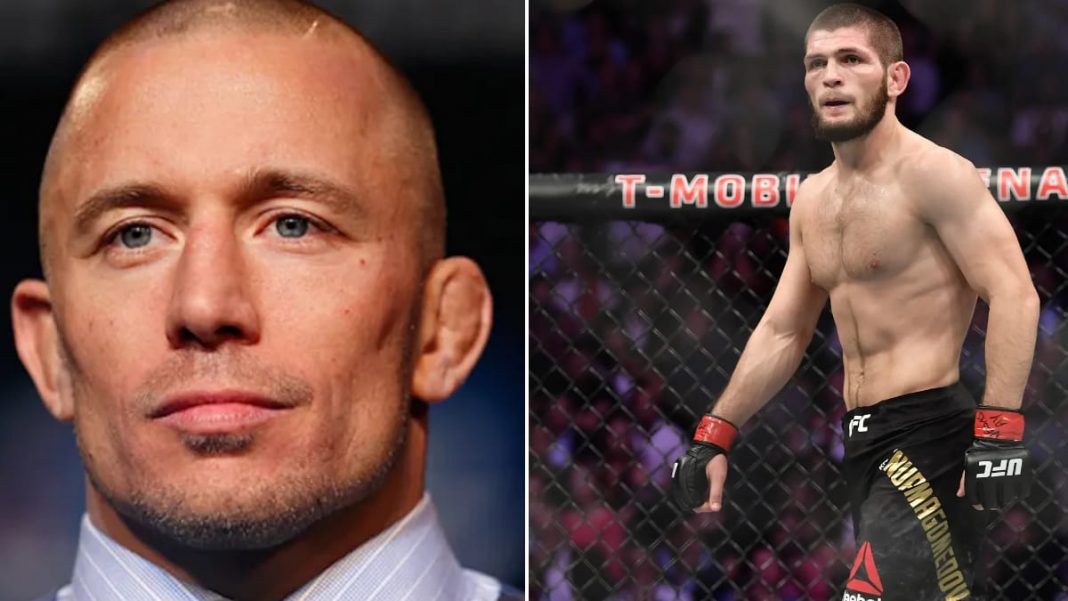 Georges St-Pierre still feels that a fight against Khabib Nurmagomedov will be the only offer he would make a comeback out of retirement for, but ‘wouldn’t go and try to beg for a fight’. It’s been more than three years since Georges St-Pierre last stepped into the octagon – he took on Michael Bisping at UFC 217, winning the UFC Middleweight Championship. He announced his retirement later, and vacated the title, but there have always been talks of the consensus GOAT making a comeback.

Speaking of this in Michael Bisping’s podcast Believe You Me, GSP revealed that the UFC would know where to reach him, if they ever have an incredible offer to make. He also added that he ‘doesn’t need this stress in his life anymore’.

‘If the UFC would want me back, it’s not me that would go and try to beg for a fight‘ – Georges St-Pierre

GSP was quoted as saying, “If the UFC would want me back, it’s not me that would go and try to beg for a fight. ‘Hey please, can I come back?’ They’re gonna lowball the sh-t out of me. It would be the most stupid thing I can do. And you understand that as a fighter. If they have an offer to make to me, an offer I cannot refuse, they know where to reach me.

He further added, “I hear a lot of fans, ‘Oh, GSP, why doesn’t he…’ It’s because I don’t need this stress in my life anymore. I’m good where I am. But contemplating the idea of fighting against who’s the greatest right now, it’s Khabib, things would need to be lined up right in order for me to consider it.”

What are your thoughts on this? Will we ever see a Georges St-Pierre vs Khabib Nurmagomedov super-duel?