Home Football Ilkay Gundogan reveals that he was pursued by Manchester United while he... 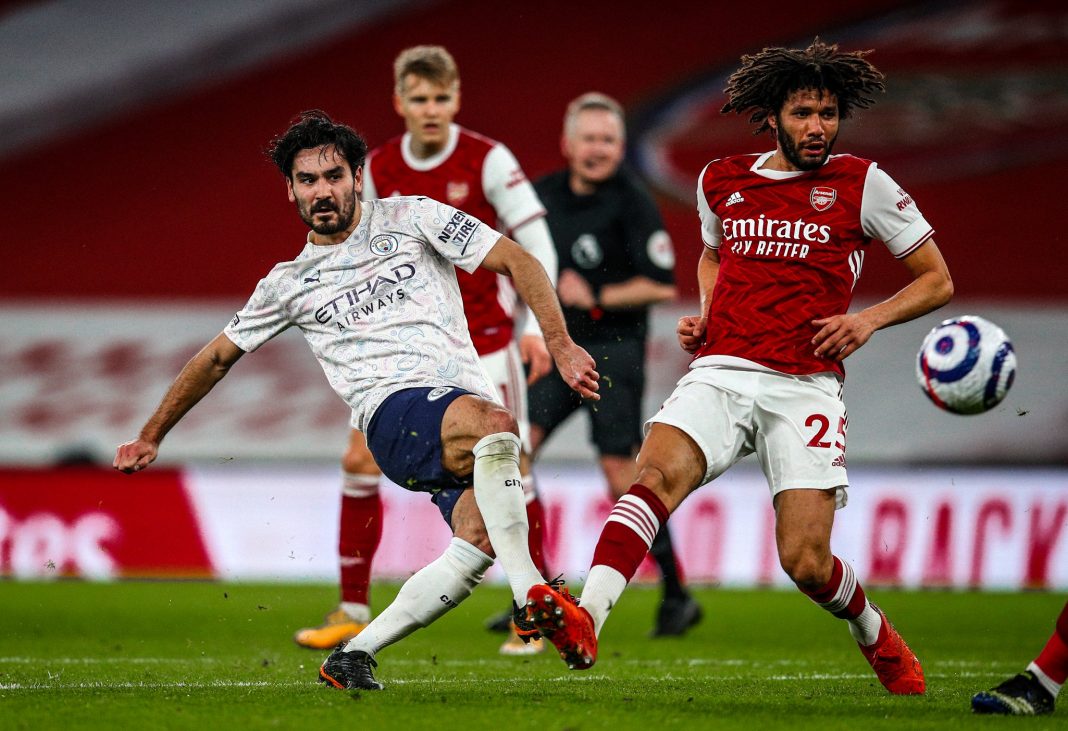 Ilkay Gundogan has been the most consistent midfielder this season in the Premier League and maybe even across Europe.
The German international has done extremely well to slot in place of Belgian international Kevin De Bruyne who was absent due to injury.

Gundogan made the switch to Manchester City in the 2016 season wherein Pep Guardiola first took charge of the team. He was brought in to the Etihad stadium for an approximate fee of around £20 million at that time. Since then he has won two Premier leagues with the team and will he looking to add one more this season.
However Gundogan has now revealed that if things had gone differently he could’ve well ended up at Manchester United instead of City. Gundogan says that they’re were indeed talks between Borussia Dortmund and Manchester United about a potential transfer move.
Manchester City are currently ten points ahead of their near rivals and already have one hand on the League. They also recorded a 2-0 win against Borussia Monchengladbach in the first leg of their round of sixteen tie.

There were talks. I think it was two or three years before I joined City when I was playing for Borussia Dortmund,” he told.
One team-mate of mine, Shinji Kagawa, went to Man Utd and someone told me that they came to a few games to watch him before they bought him. I took their attention.
“It never really went into advanced talks because Borussia Dortmund made it quite clear that they were not willing to sell me and I also had a few years left on my contract, so there wasn’t really a point to talk to anyone at that point. So yeah, it didn’t happen.”

ALSO READ: Jordan Henderson confirmed to be out for 6 to 8 weeks for Liverpool, putting him in danger of missing two months of football

FS Desk - April 11, 2021
The ATP Tour has decided to let players stay at their homes during the Monte Carlo Masters 2021 that is set to begin from...