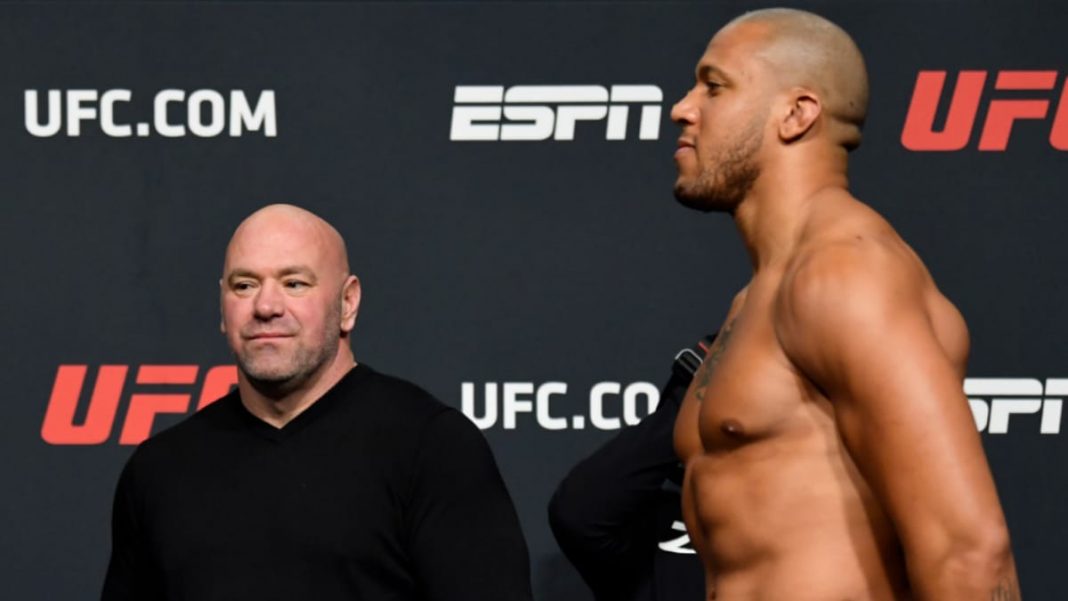 At UFC Vegas 20, Ciryl Gane and Jairzinho Rozenstruik collided in a heavyweight bout. In the main event, 4th ranked Rozenstruik faced defeat against number 7th ranked Ciryl. With this victory, Gane added another win to his undefeated winning streak in his MMA career.

Many believe this is Ciryl’s first major test in the heavyweight division. And the Frenchman didn’t disappoint. Ciryl managed to showcase a dominant performance that resulted in a unanimous decision victory in his favor. This is the 8th consecutive win for Ciryl Gane in the UFC heavyweight division.

In his post-match media scrum, Gane spoke about his training and his legitimacy in the game. When asked if the fight against Rozenstruik was a challenge, the fighter replied, “for me, it’s just another fight. But this guy was dangerous so I had to keep my distance.”

“I fought five rounds [easily] today. I am ready to fight the most dangerous guy in the heavyweight. I’m here for the title. If you need me I’m your man.” When asked about the title challenge, Gane said, “maybe someone gets an injury and Dana wants me to fight because I’m youngblood. I said to Dana, “I’m ready for the title.”

Dana White responds to Ciryl’s statement about the title.

There is no doubt that “Bon Gamin” is a spectacular fighter. He is just 30 years old and looks confident. The Frenchman has not been defeated yet by a UFC heavyweight. Gane has a record of 8-0-0. In the post-game to Ciryl’s shout for the title, Dana White replied humbling the Frenchman.

“Everybody’s talking about Ciryl being this big contender, but look at what Francis Ngannou did to Jairzinho. This was his coming-out party and his chance to show the world who he is. He won, but let’s leave it at that. He won.”

Dana White believes that Gane still has a lot to do before he makes it as a title contender. Do you think Gane has what it takes to be a title-challenger?