The Miz made a shocking announcement on the latest episode of WWE Raw. On the opening segment of the show, Miz hosted a special episode of MizTV. The special guest on the show was WWE Champion Drew McIntyre.

During the interview, Miz kept reminding McIntyre that he will be cashing in his Money in the Bank contract at Elimination Chamber. McIntyre will be completely destroyed in the match, and even if he won the match, Miz will defeat him after the match.

The constant nagging got to McIntyre and he gave a Glasgow Kiss to the MITB holder. McIntyre grabbed the briefcase and flung it across.

The attack from McIntyre infuriated The Miz, and he announced that he will be removing himself from the Elimination Chamber match. This is a logical move, considering The Miz does not require a Championship match. His MITB briefcase anyways guarantees him a title shot any moment he wishes.

The Miz told WWE official Adam Pearce that he wants to give his Chamber spot to a youngster like John Morrison. But Kofi mentioned that that he was a former WWE Champion too and wanted to participate. 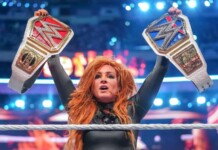 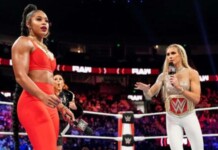 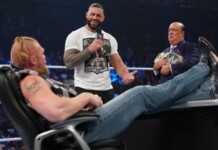 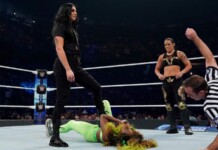