Home Boxing ‘I’m sure I can beat Anthony Joshua with one arm tied behind... 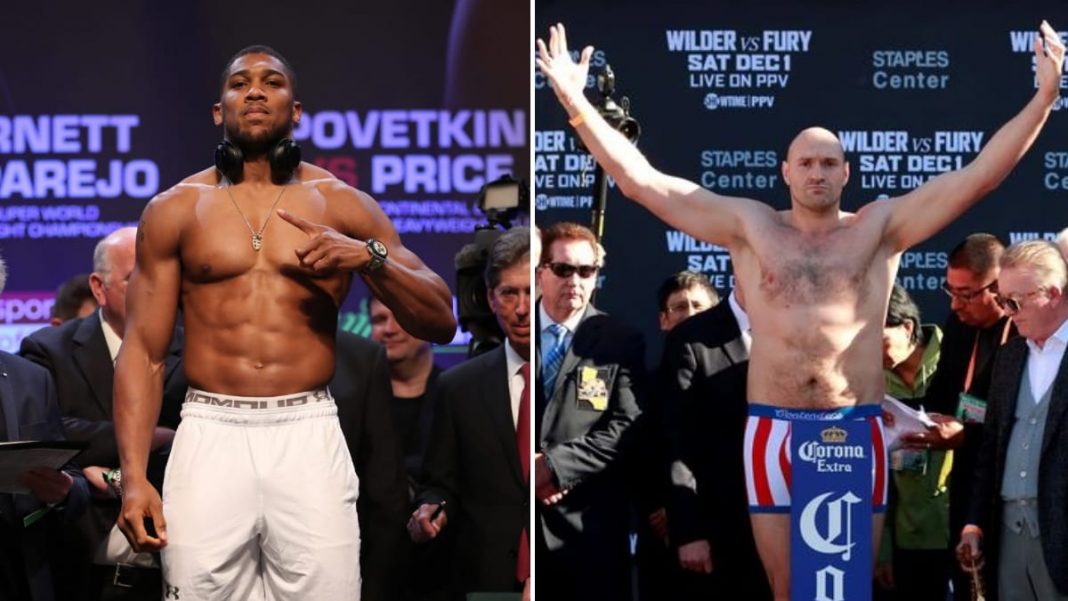 We are inching closer and closer to the super-showdown between Anthony Joshua and Tyson Fury. The two Brits will soon fight it out in a title unification bout for the undisputed heavyweight champion of the world. Tyson Fury, currently holds the WBC and The Ring heavyweight titles, whereas AJ holds the WBA (Super), IBF, WBO, and IBO heavyweight titles. With the negotiations almost complete and only a few minor formalities to be resolved, fight fans can expect it to happen sometime around June or July, this year.

Speaking in an interview with ESPN, Tyson Fury wasn’t particularly worried about the fact that ‘inactivity would affect him’ since his opponent Anthony Joshua fought only in the month of December, last year. Fury also made an interesting claim that he could even beat Anthony Joshua with an arm tied behind his back.

‘But I don’t make excuses‘

Tyson Fury was quoted as saying, “He only fought in December, so December – June is only six months out the ring. So, he’ll be a full year ahead of me in activity. But, I’m that much in front of him with skill, a year of inactivity doesn’t really do that much. But you can never beat being match-fit and being active and being out regular, any fighter will tell you the same. If you’re out regular and you’re match-fit, then you should be able to beat people that are inactive, that’s for sure.“

He continued, “But I don’t make excuses, I had three-years out the ring, came back and beat Deontay Wilder’s ass. So, I’m sure I can beat Anthony Joshua with one arm tied behind my back, even after being out the ring for 16 months.”

Anthony Joshua is coming off a marauding TKO victory over Kubrat Pulev, on the 12th of December, last year. His promoter Eddie Hearn revealed that AJ hasn’t stopped training ever since the Pulev fight. Fury, on the other hand, hasn’t fought since his trashing of Deontay Wilder in February 2020.

What do you think of Fury’s recent claims?