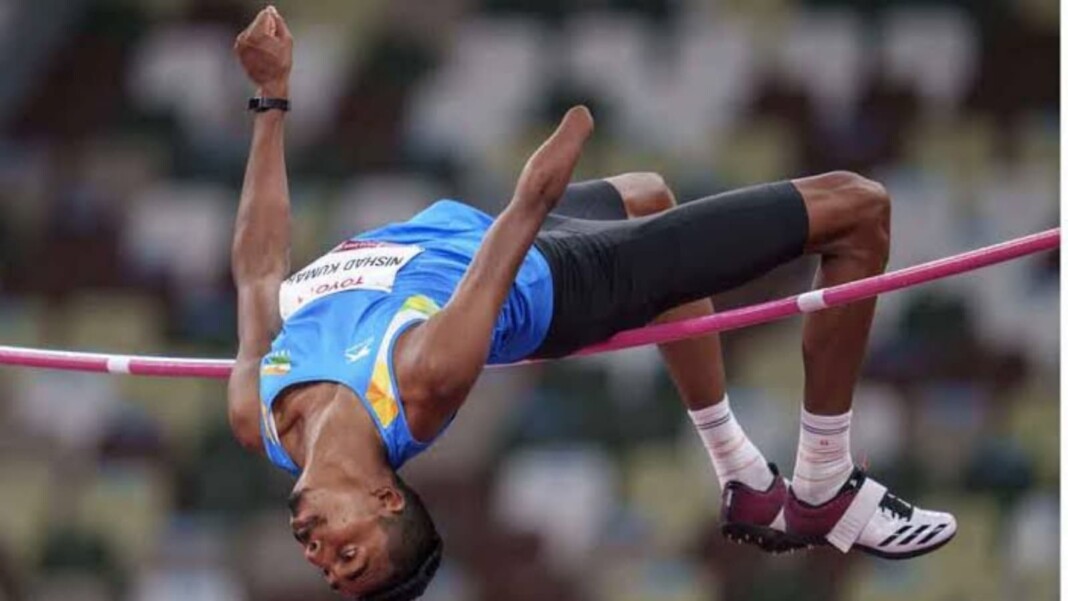 Day 5 of Athletics at the Tokyo Paralympics saw the finals of the men’s T47 high jump take place. There were two Indians in the mix, Ram Pal and Nishad Kumar, both capable of finishing on the podium.

Nishad Kumar faced tough competition from both the American athletes Wise Dallas and world Record holder Townsend Rodrick. Nishad was on his best performance today, as he cleared the first mark of 1.94m with ease. While he missed the first attempt at 1.98m, he cleared it crisply in his second attempt.

With only four athletes left in the field, Nishad faced a threat from the Chinese high jumper Hongjie Chen, who had also cleared both these heights. Kumar covered the 2.02m high jump in his very first attempt, while Chen failed to clear the height, assuring a medal for India.

The next height of 2.06m finally saw the US athletes take the field. Dallas failed to secure the height on his first attempt, but managed to clear it in his second go.

All eyes were on Kumar, as if he cleared this height in the first go he would be assured of a silver medal. Kumar delivered when it mattered the most, winning the silver medal and also breaking the Asian record in the process.

After failing to clear 2.09m in 3 attempts, Kumar walked home victorious with the silver medal, while Townsend went on to win gold with a world record jump of 2.15m and Dallas took home bronze.

Nishad’s performance garnered best wishes from everyone all over the country, and silver Paralympic Medallist Deepa Malik and President of Paralympic Committee of India also congratulated the high jumper on his success.