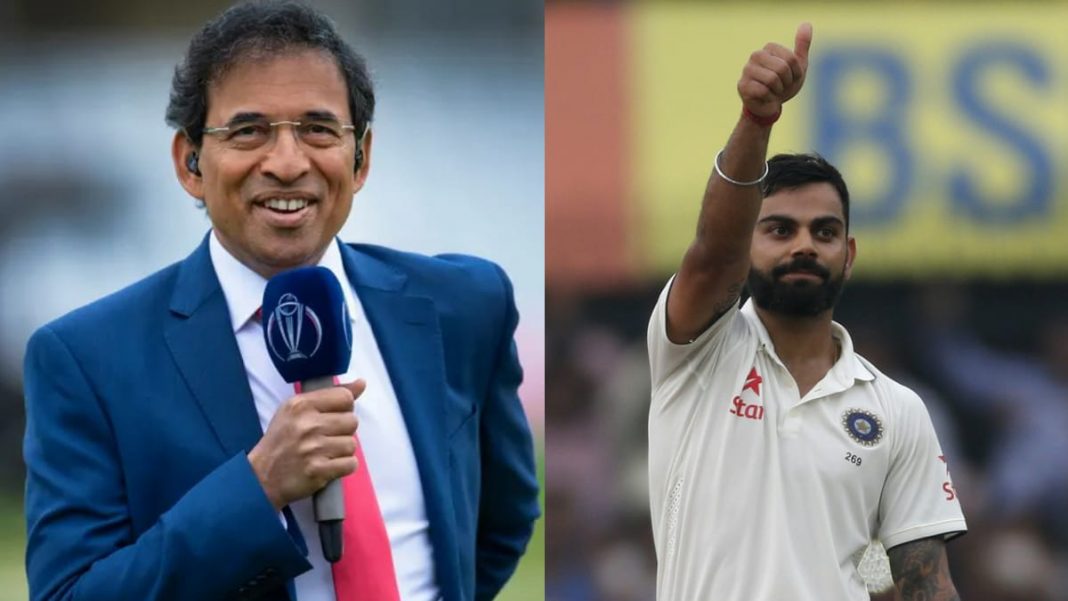 The much-awaited India tour of Australia is already courting intense discussions among the fans. One of them being Indian captain Virat Kohli’s early return home for his paternity leave.

There have been many discussions among former cricketers and analysts over how Kohli’s absence would impact the final three Tests and the Test series as a whole. Indian cricket commentator, Harsha Bhogle has now joined the discussion with a different view point.

Sometimes when the shade goes, the shrubs start to grow into trees: Harsha Bhogle

In a recent video for Cricbuzz, Indian cricket commentator, Harsha Bhogle discussed how Kohli’s absence would affect the team. Bhogle, however, presented a different perspective. He asked the fans to look at the situation in a positive way.

He recalled an incident, “I remember Shane Warne coming to India. And the story is told, I am not a 100% sure it’s true but Mark Taylor telling him, ‘if you have to win me the series then we’ve already lost’. If you are depending on one player to win you the series then you have already lost the series. You don’t need to play it anymore,” he said.

“So if India were to go to Australia and win it on the strength of Virat Kohli scoring runs then that’s a pipe dream that was not going to happen,” he added.

He further said how young players could step up in Kohli’s absence, take charge and prove their mettle. “Sometimes when the shade goes, the shrubs start to grow into trees. So I think we need to look at it positively and say thank you so much Virat Kohli, we look forward to having you back but in your absence let’s see someone who might flower,” he added.