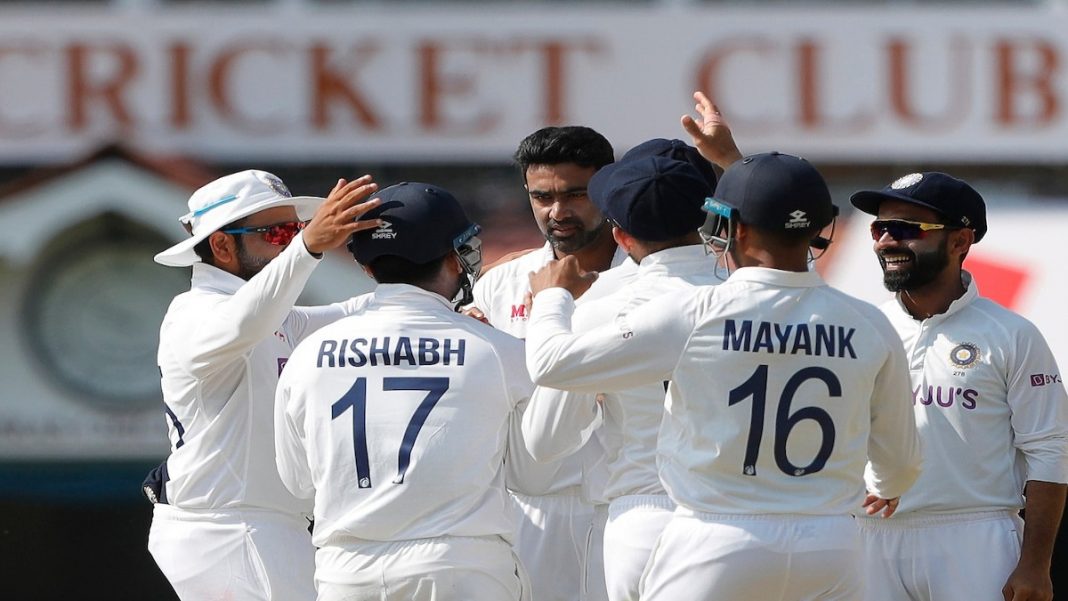 India levelled the four-match Test series against England, 1-1 after sealing victory on day 4 of the second Test in Chennai. With the win, the series is now evenly poised heading to the all-important third Test match which will take place in Ahmedabad from February 24. With the third being a day/night test and the fourth Test also taking place in the same venue, this series could still go anywhere although India would be favorites.

India’s victory in the second Test was largely down to two scintillating performances. One from Rohit Sharma who struck a terrific 161 on a turning track and the second – an all-round performance from Ravichandran Ashwin who followed his five-wicket haul in the first innings by scoring a century and then returning 3 wickets in the second innings as well.

England resumed day 4 on 53/3, with the sole purpose of only delaying the inevitable. But it didn’t take long for India to bundle them out. The wickets kept coming regularly for India as the spinners made merry on a turning pitch. Ashwin struck twice in the morning to send back both Dan Lawrence and Ben Stokes, the former getting dismissed thanks to extraordinary glovework from Rishabh Pant.

Axar Patel and Kuldeep Yadav then took over to remove the rest of the middle-order even as Joe Root offered resistance and stayed unbeaten till lunch. Soon after the break however, he was dismissed by Axar for the second time in the match. Although, Ashwin couldn’t get his 10-wicket haul, Axar made it a memorable debut for himself by becoming the 9th Indian to take a fifer on debut.

Moeen Ali then enthralled the Chepauk crowd with some box-office hitting that included a hattrick of sixes against Axar. He seemed to be heading all guns blazing towards a rapid half-century but was dismissed by Kuldeep Yadav as England were bowled out for 164, handing India a 317-run win.