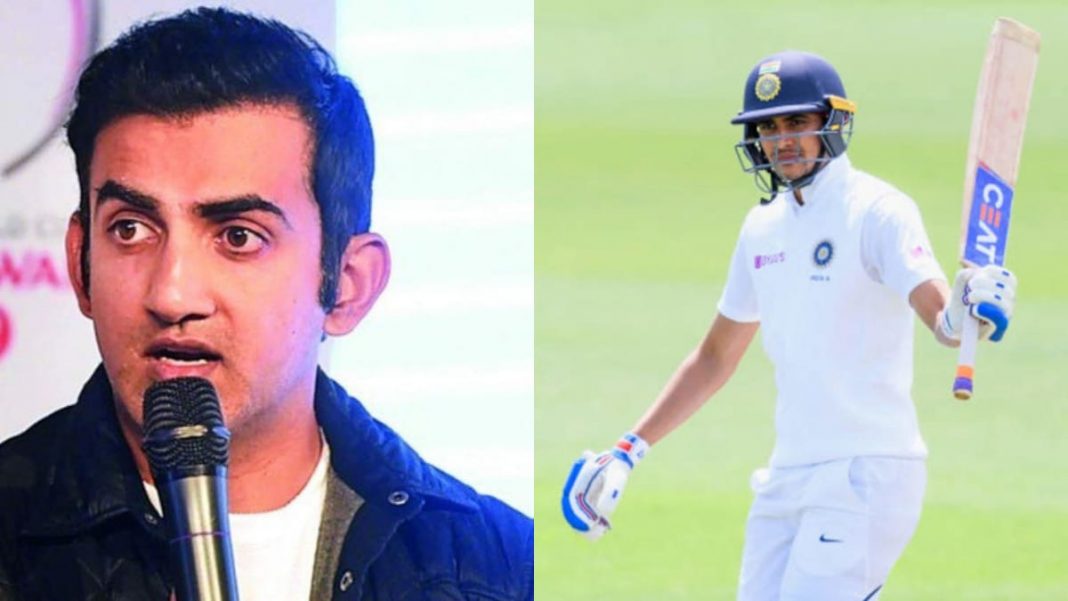 Former Indian player Gautam Gambhir spoke out for the young Shubman Gill ahead of the Test series against England scheduled to be played in Chennai from February 5.

Gill, who played his debut series against Australia, scored 259 runs in the three Tests matches. He smashed two fifties and missed out on a century by nine runs in the final Test at The Gabba.

Speaking on Star Sports show GAME PLAN, Gambhir said, “See, he should be opening with Rohit Sharma, no doubt about it, but let’s not jump the gun. You just can’t put someone really high up there. Yes, he’s got the talent, but he needs to keep his head down because international cricket can be tough! Yes, you had a honeymoon start to your international career. It can’t be better than this.”

“Playing in Australia, winning this series with a young side, you’ve done really well, you batted beautifully. No doubt about it, but let’s give him time as well and let him develop on his own, rather than putting too much pressure and putting too much expectations on him,” he added.

“England, coming after a successful series against Sri Lanka, it’s not going to be the same. Obviously, India’s a far better side than Sri Lanka, but then England is a quality side as well. So, India needs to be at its best, but at the same time, India will be high on confidence, especially after what they did in Australia was historic, but I am looking forward to this series,” Gambhir said.

Both the teams have arrived in Chennai where they will play the first two Test matches. The third and the fourth Test matches will be played in Ahmedabad. The Test series will be followed by five T20Is and three ODIs.