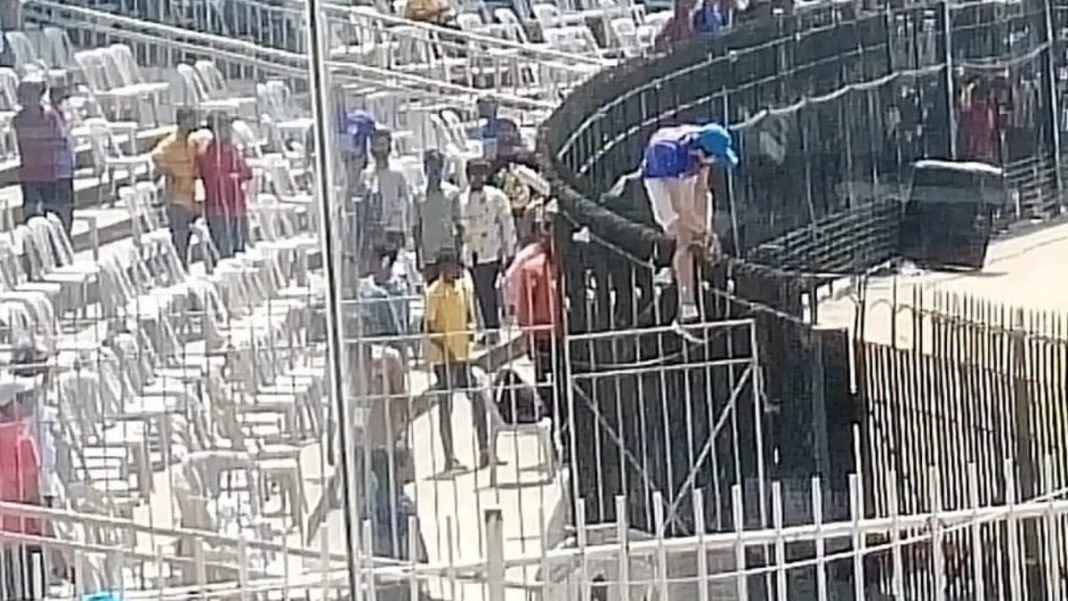 A fan among the in-stadium crowd was expelled from MA Chidambaram Stadium as he broke the bio-bubble protocols to shake hands with England players on Day 3 of the ongoing second Test in Chennai. Soon after this incident occurred, the police and the authorities deployed, led the breacher out of the stadium.

When did the fan breach the bio-bubble?

The incident happened during the lunch-time when England reserved players were training in the middle of the ground. Surprisingly, the fan went unnoticed by authorities and the police forces even though he climbed a 12-metre long fence to enter the playing arena.

The fan donned a replica Indian jersey with Kohli’s No. 18 on it. Much like his intentions, he didn’t get close to the England players practising on the field during the break. However, the authorities took hold of him for not abiding by the Bio-Bubble protocols.

With good sense prevailing and no harm being made to the players, the individual is eyed to have broken through Chennai Stadium’s security. As per reports, he entered the ground from the E stand.