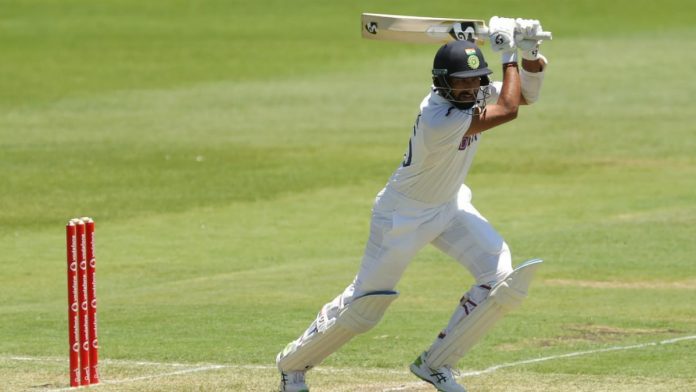 India’s star batsman Cheteshwar Pujara opened up on Saturday ahead of the third Test in Ahmedabad and reiterated on the latest concluded second Test match against England in Chennai. Pujara said that the pitch wasn’t “dangerous” and it was just a matter of the wicket offering some turn.

While cricket veterans took a dig at Chennai’s pitch where the first two Test matches were held, Pujara opined a different point of view, quite different from that of cricket pundits.

“Sometimes you know when you are playing on a turning track, you find it difficult but at the same time, it was not a dangerous pitch at all. When the ball spins you know people find it difficult to score runs, especially the overseas teams. When we go overseas and we play on seaming tracks, the game finishes in three or four days. We still have to play on such wickets where there is a lot of grass or seam movement,” said Pujara replying to an ANI query during a virtual press conference.

There is always an element of decisiveness on turning tracks, feels Pujara

“In turning tracks, one cannot define how much the ball can spin. It is a very thin line in that way. I do not think it was a bad pitch, it always becomes difficult in the second innings, this is how it is. When we play in Australia, there are cracks on day four and five, it is a little dangerous, the oddball hits the crack and it might take off. As a team I do not think we had any issues, once opposition teams start playing more on these pitches, they will be fine,” he added.

Pujara is unsure of the nature of the pitch for the third Test in Ahmedabad.

“We have played just one day-night game in India and it was with the SG ball. Domestic games which I have played were with the kookaburra ball. To be honest, it is difficult to predict whether you can keep the grass cover. It is an important game for us to qualify for the finals of the World Test Championship, we will try to focus on the game,” he said.

“Even I have played so many Tests, but with the pink ball, I also don’t have much experience. I do not think experience matters a lot when you are playing the one-off game with the pink-ball in a series. As we keep playing more, we will get used to it. It is just Test cricket, we will have to play normal cricket. As a team, we have certain goals as a batting and bowling unit, we will stick to them. The next two Tests are very important for us, we will like to stick to our game plans,” he added.

Pujara took a moment to appreciate the newly-built Motera stadium.

“It is a new stadium and pitch. Once we play more games here, we will get to know about the pitch. It is a beautiful stadium, we all are enjoying it here. We had a gym session yesterday and we had a net session today. I played in Ahmedabad in 2012, I have fond memories of playing against England here. We are looking forward to this Test,” he said.

As Team India clinched a mammoth 317-run victory over England in the second Test, the series now stands level 1-1. Team India need to win the series 2-1 or 3-1 so as to qualify for the final of the maiden edition of the Test championship.