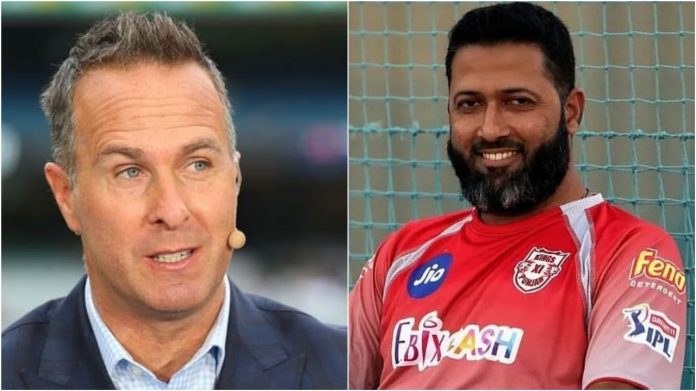 Former England captain Michael Vaughan has been in the news for quite some time now with his regular comments and tweets on the Indian cricket team and their performances against Australia first and then now against England. His views have not been well-received by the Indian fans who have criticized his clearly biased views. Vaughan has also been on the receiving end of trolls and memes from fans as well as former Indian opener Wasim Jaffer.

India were defeated by England in the first T20I yesterday and with ease at that. The Indian batters never got going as they kept losing wickets regularly and could only reach 124/7. Shreyas Iyer played a lone hand by scoring a superb knock of 67 runs in just 48 balls. England chased down the target in 15.3 overs to draw first blood and go 1-0 up in the five-match series. Jofra Archer was named the Man of the Match for his three wickets.

Even before India lost against England yesterday, Michael Vaughan took to Twitter to state that the Mumbai Indians (MI) franchise in the Indian Premier League (IPL) was a better team in the shortest format of the game that the Indian national team.

Vaughan then instead of addressing the topic in debate, decided to take a shot at his own personal record against Jaffer in the game by recalling how he had gotten the opener out in the Lord’s Test in 2002 that England won. He wrote, “Have you still not recovered from me getting you out at Lord’s?”

The second T20I begins tomorrow at the Narendra Modi Stadium in Ahmedabad.