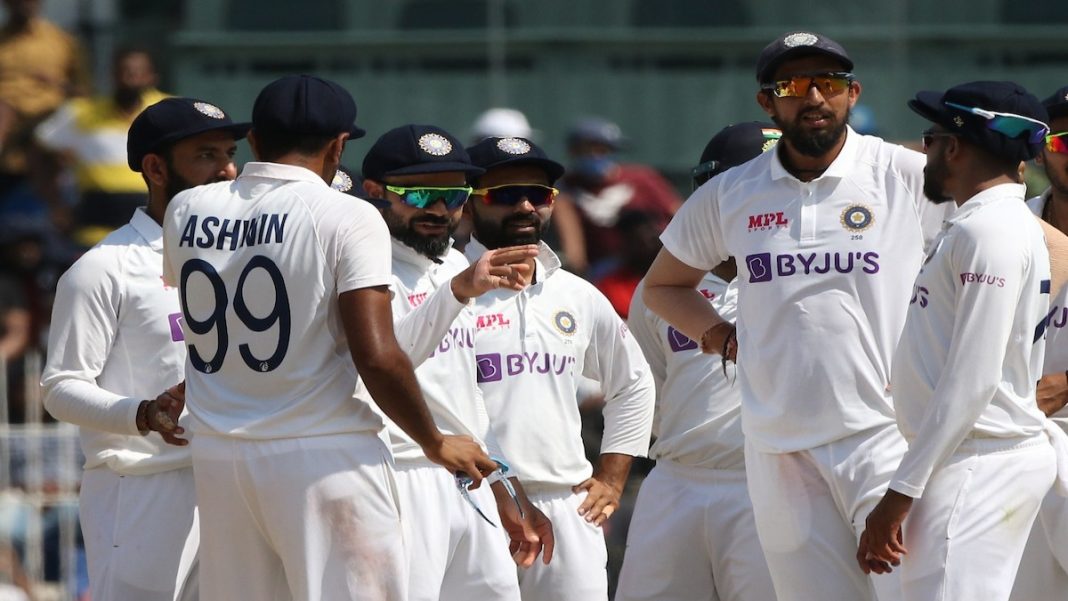 The eagerly followed test series between India and England is set to conclude soon as the final test begins tomorrow. The hosts are currently in the lead having won two games to the visitors’ one. Amidst the cricket being played on the field, the conversation has revolved around the pitches used in the series as a plethora of former cricketers have expressed concerns with the tracks turning right from ball one.

India have gone about defending the same stating that as long as a pitch isn’t dangerous to bat on, it is a good pitch. The likes of Virat Kohli, Ajinkya Rahane, Rohit Sharma and Ravichandran Ashwin have all vehemently defended the pitch and so have some experts and former cricketers. With the fourth test looming, all eyes will be on the pitch again but also on India’s playing XI where there is bound to be at least one change with Jasprit Bumrah having left due to ‘personal reasons’ which has been reported as his impending marriage.

Here is the predicted playing 11 for India tomorrow.

The top order will in all probability remain unchanged unless there are unforeseen circumstances. Rohit Sharma has been in terrific touch throughout the series and he will want to continue the same. Shubman Gill and Cheteshwar Pujara haven’t been at their best but have contributed when called upon. The onus will be on the three to give their side a positive start in the all-important test.

The middle order is also unlikely to change as it has two of India’s most crucial players in test cricket – their captain Virat Kohli and vice-captain Ajinkya Rahane. Following them is the explosive Rishabh Pant. All three have come up with important knocks during the course of the series but none of those have been as impactful as Rohit Sharma’s ones or Ravichandran Ashwin‘s knock in Chennai. They would thus want to produce similar knocks in the fourth test.

India are very well-equipped in their spin department and it is the spinners who will once again play a key role in the match due to the conditions on offer. Here, there could be a change however, as Washington Sundar who didn’t get to bowl much in the third test and also faltered with the bat might be dropped in favor of Kuldeep Yadav. India would feel they have enough batting strength in the form of Ravichandran Ashwin and Axar Patel and hence, could go for this move.

Ishant Sharma is unlikely to be replaced as he has been the spearhead of the Indian bowling attack in the series and has delivered whenever called upon. The other slot would be the one where India would have to decide between Mohammed Siraj and Umesh Yadav to replace Jasprit Bumrah. But having already played a match in this series, Siraj might just get the nod over Umesh for the test.