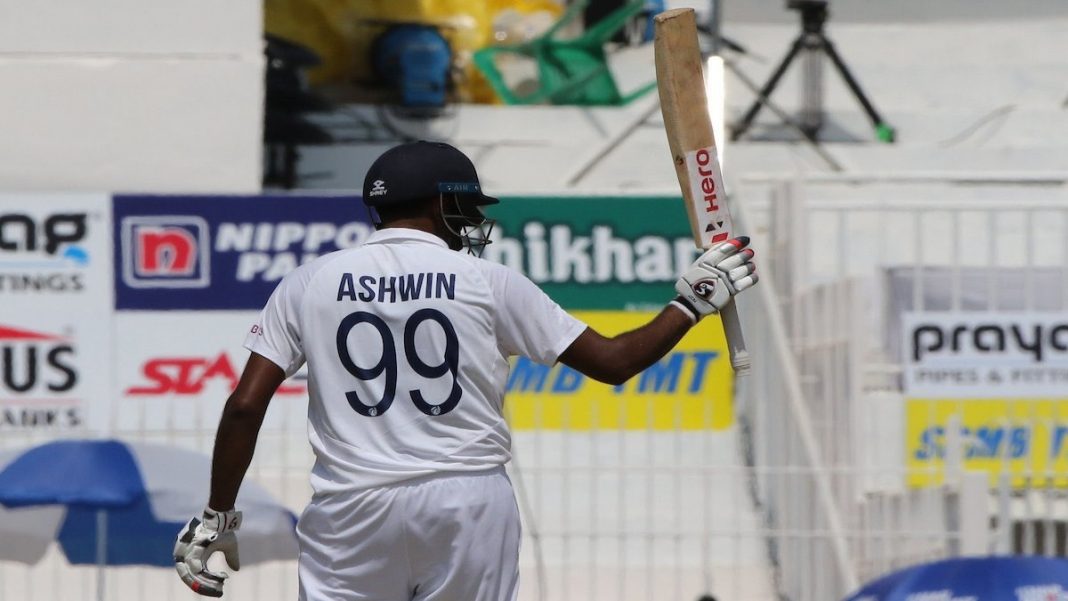 Ravichandran Ashwin came up with one of the most scintillating hundreds in Indian cricket history as he put the England bowlers to the sword on day 3 of the second Test. On what was considered and debated by many to be an unplayable pitch, Ashwin showed how it was done with an innings of the highest quality. Seldom did he look uncomfortable in a knock that will be etched in cricket folklore.

In front of his home crowd which kept cheering him on, Ashwin hit Moeen Ali around the park with just Mohammed Siraj for company and brought up his ton off just 134 balls. The noise was deafening as an elated Ashwin took off his helmet and soaked in the adulation. It was without a doubt, a knock for the ages.

Ravichandran Ashwin is only behind Sir Ian Botham

It is noteworthy here that Ashwin had also picked up a five-wicket haul in England’s first innings meaning he achieved the feat of scoring a hundred and picking up a five-wicket-haul in a Test match for the third time in his career. Only Sir Ian Botham has done it more times – five.

Ravi Ashwin leapfrogged the likes of Gary Sobers, Mushtaq Mohammad, Jacques Kallis and Shakib-Al-Hasan by doing it for the third time. Ashwin also became the second player from Tamil Nadu to score a century at the MA Chidambaram Stadium after Kris Srikkanth against Pakistan in 1986/87.