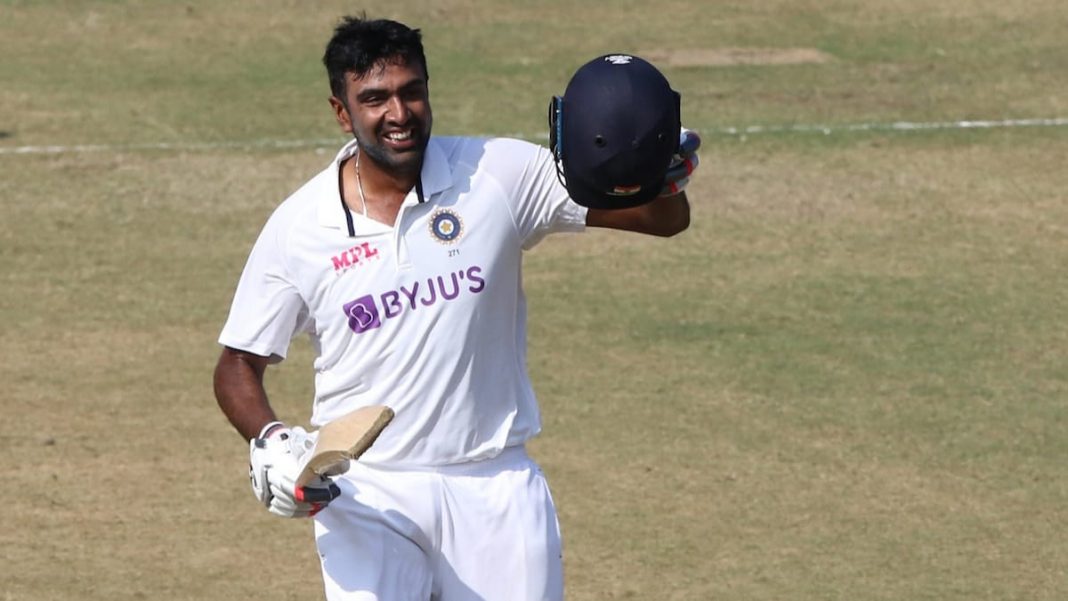 It is a Test match to remember for Ravichandran Ashwin. A five-wicket haul with the ball and a ton with the bat! There can’t be any better combination for an allrounder.

The star allrounder took to the crease in a very turbulent situation just when Team India had lost five wickets during the first session of Day 3 in the ongoing second Test match in Chennai.

Battling all the crisis, Indian skipper Virat Kohli and Ravi Ashwin jammed a 96-run-partnership to help India sail through the drowning bog. While playing the same, Kohli scored a half-century soon after which Kohli departed on 62.

Ashwin continued batting and clinched his fifth International Test hundred by hitting a four on 99. He got a thick edge that went past over the slips for four.

With the heroics from Ashwin, he wrote history by scoring a century and taking a fifer in the same match for the third time. He corked all mouths who critiqued of deteriorating poor Chepauk pitch by scoring a defining ton.