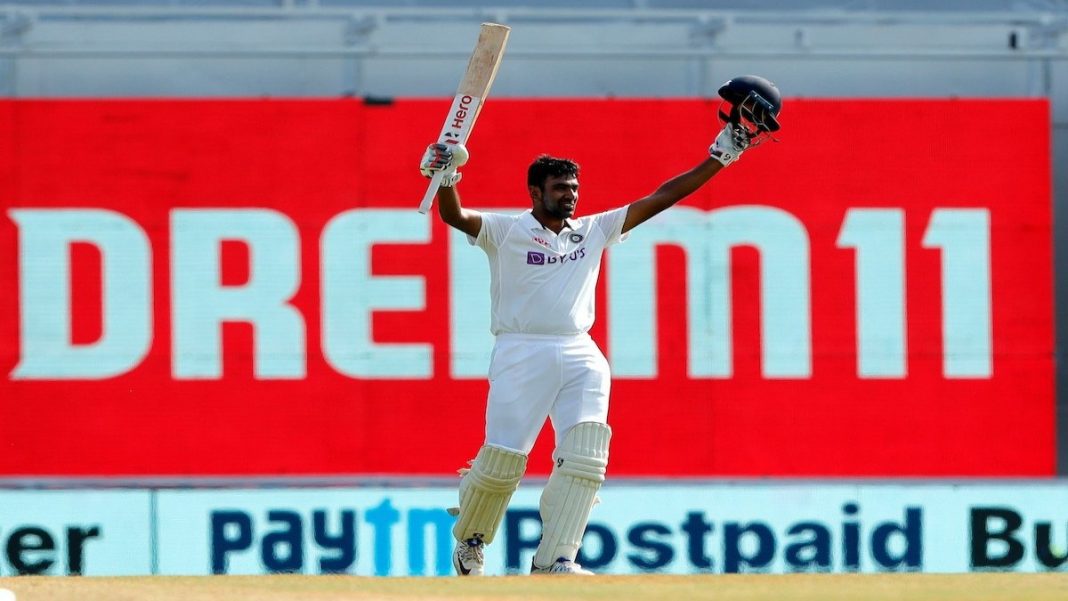 Hometown hero Ravichandran Ashwin headlined day 3 of the second test between India and England in Chennai with a knock for the ages to put India in a very strong position. Amidst all the noise and talk surrounding the playability of the pitch and the pitch suiting the bowlers too much, the all-rounder showed that with proper application and grit, a big score was very much possible.

The English bowlers were worn out by the time the Indian batters were dismissed as what looked like an early wrap up took way too long. India at one stage were on 106/6 and in the first session at that. However, it was only towards the middle of the final session that India got all-out. It was all due to Ashwin’s knock along with excellent support from first, Virat Kohli and then No. 11 batsman Mohammed Siraj.

Ashwin comes up with a knock for the ages

In the first session of the day, it all started to go awry for India as the wickets started falling right from the first over. Cheteshwar Pujara got himself run-out before Rohit Sharma and Rishabh Pant found themselves stumped thanks to quick glovework from Ben Foakes. Ajinkya Rahane and Axar Patel couldn’t last against spin either meaning Virat Kohli and Ravi Ashwin had to build a partnership.

That was exactly what they did as both notched up fifties in contrasting fashion. Kohli was watchful and patient as ever while Ashwin took some risks to get to the mark. After Kohli’s wicket and those of Kuldeep Yadav and Ishant Sharma, Ashwin was left on 77 with Mohammed Siraj to get to his 100. The offie received excellent support from the No. 11 batsman as he took on the English bowlers to get to his 5th 100 and also go second on the list of number of times a player has scored a hundred and taken a fifer in the same match, having done it thrice. By the time he got out, India’s score was 286 with a lead of 482.

In England’s reply, the openers started off positively before Dom Sibley lost his wicket to Axar Patel trapped plumb in front. Ashwin’s day then got better as he removed Rory Burns before night watchman Jack Leach was removed for a duck by Axar. Dan Lawrence and Joe Root then saw out the day as England ended on 53/3.