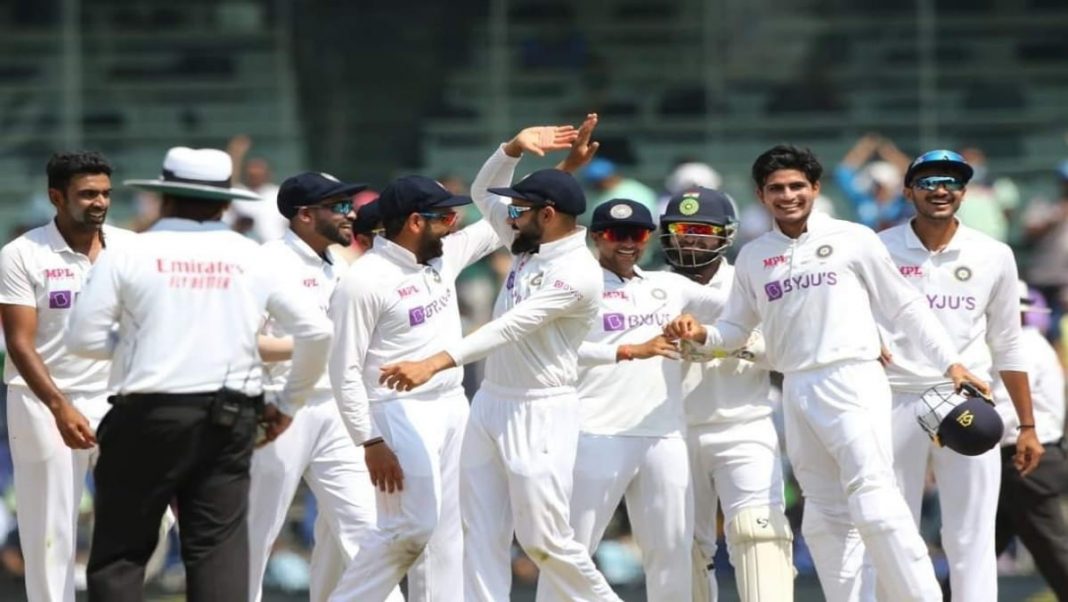 Team India rusted off the dusty image and the malign comments it acquired after England defeated the hosts in the first match in Chennai. With a clear intent to bounce back, the Indian players roared ferociously on the three lions and emerged victorious in the second Test.

With luck favouring Indian side with the coin, Virat Kohli and company chose to bat first foreseeing the uncertainty of the spinning pitch at Chepauk.

As Team India notched a huge win of 317 runs and made the series 1-1, let’s hog some light on the key contributors of the Indian side.

After a prolonged slump, Rohit Sharma came as the torchbearer for the Indian side on Day 1 when the decision to choose to bat seemingly looked to backfire the Indian batting lineup. With constant scalps happening at the other end, he continued giving his best and finally met Ajinkya Rahane’s support, where the duo knit a 162-run stand between them.

The vice-captain again led from the front and gave the thrust much as he did in Melbourne against Australia during the second Test. Jamming well with Rohit Sharma, he scored a much-needed half-century before departing to the pavilion at 67 runs.

The powerhouse of the Indian batting lineup has his style attacking style charged up irrespective of the situation he walks down. He gave a quick fiery knock of 58 runs and helped India set a higher lead for England to chase in their first innings. Besides, he sealed all critiques who suspected his wicketkeeping skills as was exceptional behind the stumps on the turning track of Chennai.

Chennai’s stalwart scintillated high at his home ground at Chepauk. He took a fifer during England’s first innings. In all, he scalped eight wickets in the second Test. In addition, he leaked very few runs maintained an exceptional economy.

Indian skipper Virat Kohli gave the buoyancy to India’s sinking ship in the second innings. After early dismissals from the other end, he took the Chennai boy- Ravichandran Ashwin with him to sail through the turbulence. While Virat Kohli scored 62 runs, together the two wove a 96-run partnership.

Ravichandran Ashwin’s was on a roll of making records after records. Amid the England wave on Day 3 of continuous scalps for the Indian side, the allrounder gave riveting show from his willow. He played a masterstroke at his home ground Chennai where he aggregated 106 runs, hitting fourteen fours and a six.

The debutant made a mark right in the first Test he featured for Team India. Unable to justify his allrounder position with the bat, he was exceptional with the ball. He took a total of seven wickets in the match which included a five-wicket haul in England’s second innings.

Also read: India vs England 2021: ‘Perfect game for us,’ Virat Kohli appreciates Indian players in the post-match presentation after clinching an easy win