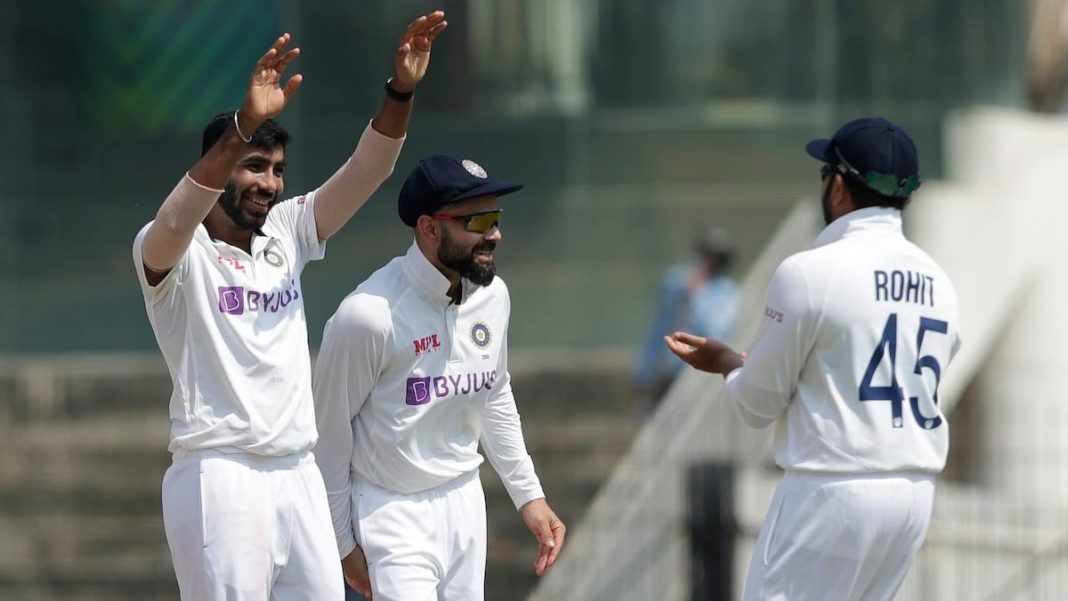 Jasprit Bumrah, who is featuring in 18th Test for Team India, is playing his first on Indian soil as India takes on England in the first Test in Chennai.

In the ongoing Test in Chennai, Bumrah again proved his mettle where he first dismissed Daniel Lawrence and later got the big wicket of Dominic Sibley and ended the 200 run-partnership between skipper Joe Root and Sibley.

The first Test in Chennai is currently being played without the spectators while the forthcoming three Tests might see 50 per cent in-stadium fans.

“I think we were okay (morale) till the second session. At the beginning of the last session, we felt a bit flat. Especially when the wickets aren’t favouring you, we were a bit dull. For me, I don’t need extra noise or something to push myself. It depends on individual to individual,” Bumrah told the media during the virtual press conference at the end of the first-day action at MA Chidambaram Stadium.

“I actually keep telling myself if I don’t bowl well, how can I pick wickets. There isn’t a bigger motivation than playing for India, this is the best format and my favourite too. I accept all kinds of results having done my best. I keep getting better and taking advice from others in order to improve myself,” he added.

“In hindsight, we can talk well about it (the decision to play Shahbaz over Kuldeep) but this is the team we went with, we will continue to back them. Right now, there is a job to be done and later on, after the game, we can discuss the selection,” said Bumrah.

In his 17 Tests that Bumrah has played for India so far, he has taken 79 wickets.