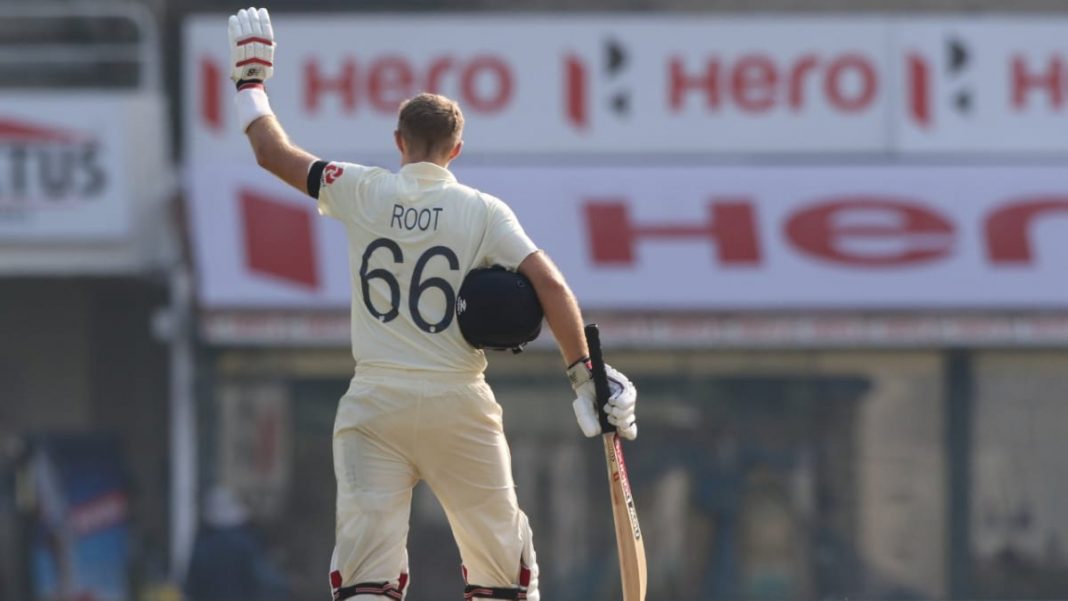 England skipper Joe Root is in a fiery form and again led his team from the front. The star batsman, who received a memento ahead of the play for his 100th England Test, glittered this occasion by scoring a century on Day 1 of the first Test against India in Chennai.

In England’s tour to Sri Lanka that concluded in January, Root captures the glory as he smashed 228 in the first Test and 186 in the Test that followed.

His heroics with the bat still continue in the on-going Test series with India. Right in the first Test of the four-match Test series, Root is unbeaten on 128.

As the centurion made a mark on his 100th Test, here are the praiseworthy Tweets that followed for the England skipper.