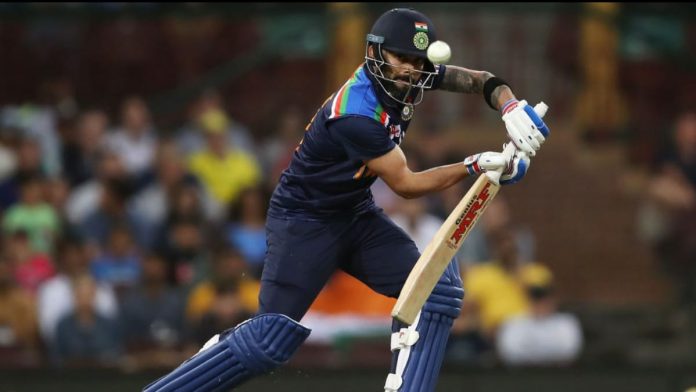 Virat Kohli rolled back the years in the second T20I for India against England as he showed that class was permanent with a trademark chase. Coming in to the match with his backs to the wall and undergoing a poor run of form, the Indian skipper had to come up with a good performance and that was exactly what he did. Along with a terrific Ishan Kishan knock, the Indian chase was marshaled to perfection.

The ongoing T20I series is now all square at 1-1 and the next three matches would be crucial in deciding how good a stead both teams find themselves in ahead of the ICC T20 World Cup later this year. With two debutants today in Kishan and Suryakumar Yadav, India are also trying out various combinations to identify their strengths. They would want to figure everything out very soon.

With his 73-run knock, Virat Kohli breached two records and stupendous ones at that. The Indian captain has now scored 12,000 runs as captain of India. He is third on the all-time list, behind only legends in Ricky Ponting who scored 15,440 runs and Graeme Smith who scored 14,878. Kohli has reached the figure of 12,000 runs faster than the other two however, reaching it in 226 innings.

Kohli also became the first player to score 3000 runs in T20 Internationals. Needing 72 runs today to reach the mark, the 32-year-old scored 73* today to cross the landmark. The first to reach 1000 and 2000 runs in T20Is was former New Zealand captain Brendon McCullum.

Sabarisha R - June 15, 2021
Liverpool's second choice between the sticks, Adrian, put pen to a paper in a deal that will see him continue with the club for...