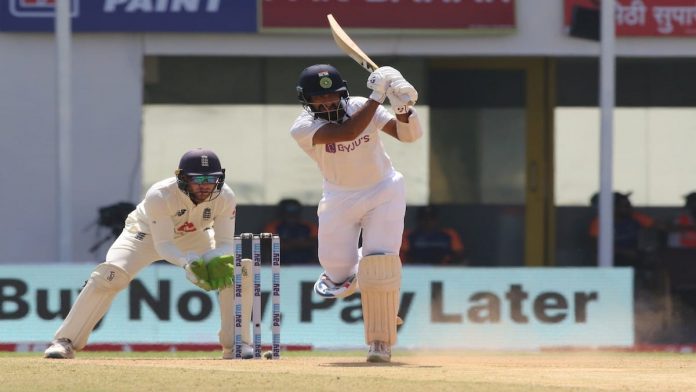 India were put in a real spot of bother on Day 3 of the first Test in Chennai against England as wickets kept falling in regular succession. The one that stood out for its unluckiness was that of Cheteshwar Pujara whose perfectly timed pull ricocheted of the silly-leg fielder’s helmet before looping to the mid-wicket fielder. The No. 3 batsman visibly frustrated after the unfortunate dismissal and was seen reacting angrily.

The other Indian batsmen couldn’t come good on the day with the exception of Rishabh Pant who came up with a trademark counter-attacking innings. The likes of Virat Kohli, Rohit Sharma and Ajinkya Rahane flattered to deceive and got out cheaply. Dom Bess was the pick of the bowlers for England as he returned 4 wickets while Jofra Archer took two wickets – those of the openers.

Cheteshwar Pujara’s reaction to his dismissal

Cheteshwar Pujara was batting extra well and putting up a ‘fire and ice’ partnership with Rishabh Pant when an unfortunate moment led to his dismissal. In the 51st over bowled by Dom Bess, Pujara pulled a short delivery and timed it perfectly. However, the ball struck the helmet of the silly-leg fielder close to him and looped to Rory Burns who completed the catch with ease at mid-wicket.

Pujara was then seeing uncharacteristically reacting with anger and frustration at getting out even as the English players swarmed the bowler in celebration. This atypical reaction from Pujara has now gone viral on social media with fans reacting with surprise to the same.

Yakshpat Bhargava - June 13, 2021
After going 3-0 down against the best Western Conference team in the playoffs, the Denver Nuggets find themselves in a bit of a pickle...