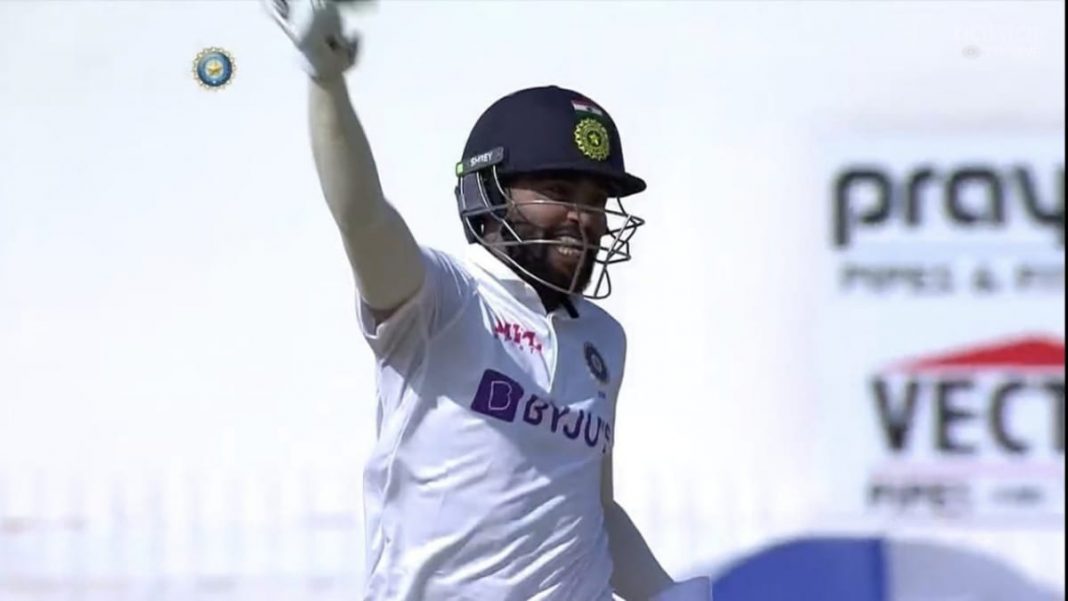 The third day of the ongoing Test in Chennai saw Ravichandran Ashwin and Mohammed Siraj stitch a valuable partnership. The last man in, Siraj, was seen batting carefully with Ashwin 15 odd runs away from his century. Once the latter crossed the landmark, all of a sudden Siraj changed gears as he took upon the spinners. The rookie pacer finished the innings unbeaten at 16 off 21 balls.

Siraj impressed everyone at Chepauk with his great defensive play. And it led Ashwin to trust with playing out the last two balls of the 85th over. The veteran off-spinner was heard saying, “Oye Siraj, main tere oopar bharosa rakh ke 1 liya. Tu bhi wo bharosa rakhna. (I have trusted you and taken this single. You also trust yourself)” The very next ball, Siraj trusted his ability and dispatched Jack Leach for a humongous six.

When No. 10 batsman Ishant Sharma got out, Ashwin was on 77 and a century looked out of reach when Siraj walked in at No. 11. However, the pacer gave good company to his partner and survived throughout to ensure that Ashwin got to his hundred. After Ashwin reached the landmark, Siraj started smoking sixes of his own as well to add to the drama unfolding.

The moment that stood out was, however, Siraj’s reaction of pure and unbridled joy when the 100th run came off Ashwin’s bat. The 26-year-old celebrated as if he himself had scored the century and it only went on to show the team spirit and friendship prevalent in the Indian team. By the time Ashwin got out for 106, the damage was done as England are staring down the barrel of a defeat.