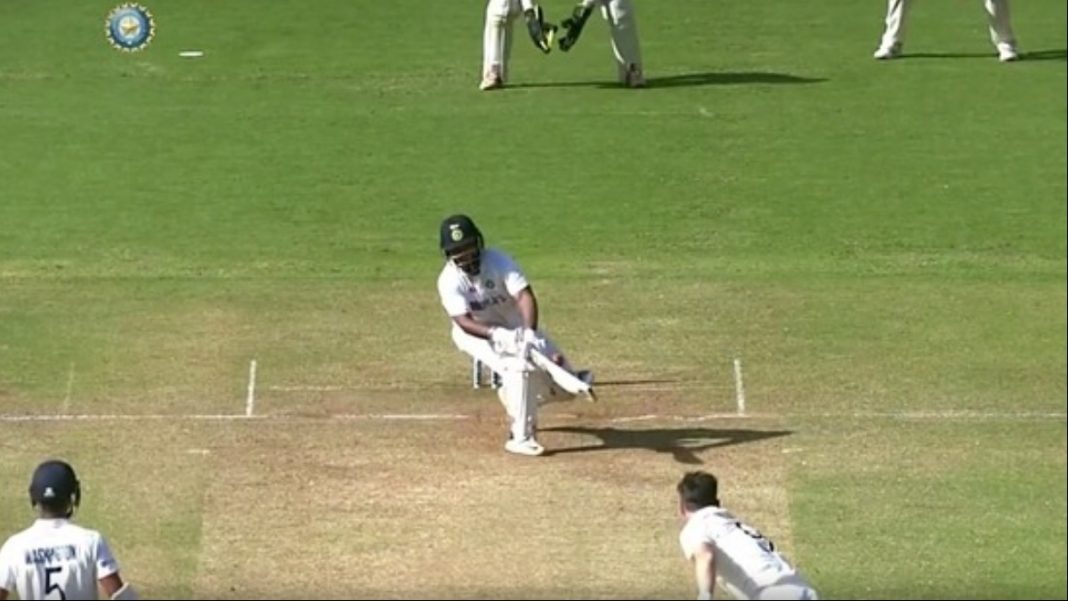 Rishabh Pant produced an innings for the ages that saw him rescue India from a position of great. Joining hands with Washington Sundar with the score at 146/6 while replying to England’s 205, the left-handed duo showed great character and class to negotiate a difficult phase before opening up and tearing apart an English bowling attack that had looked threatening beforehand.

Pant scored a hundred while Washington got a fifty. The former was however, unfortunate to hole out to Joe Root off James Anderson‘s bowling soon after his century. The young wicket-keeper batsman was livid with himself but the Indians weren’t as he had produced a knock of such high-quality with audacious shots that would only have been dreamed of in the past. This very clearly is a man who will break many more records in the future.

Soon after the new-ball was taken by England in the 81st over, India decided that defending was enough and started whacking the bowlers. Pant started off by coming down the track to Anderson and dispatching him over mid-off. However, the most audacious shot of the day came in the first ball of the 83rd over when Pant premeditated a reverse-sweep and hit Anderson over the slip cordon.

It was a truly unbelievable shot that had to be seen to be believed. The likes of Harsha Bhogle and Sunil Gavaskar in the commentary box were absolutely floored by the shot. In similar fashion, Pant also brought up his hundred by hitting a six over the deep midwicket fielder off Root’s bowling.

Also Read: WATCH – Rohit Sharma gets dismissed for 49 by an in-swinger from Ben Stokes