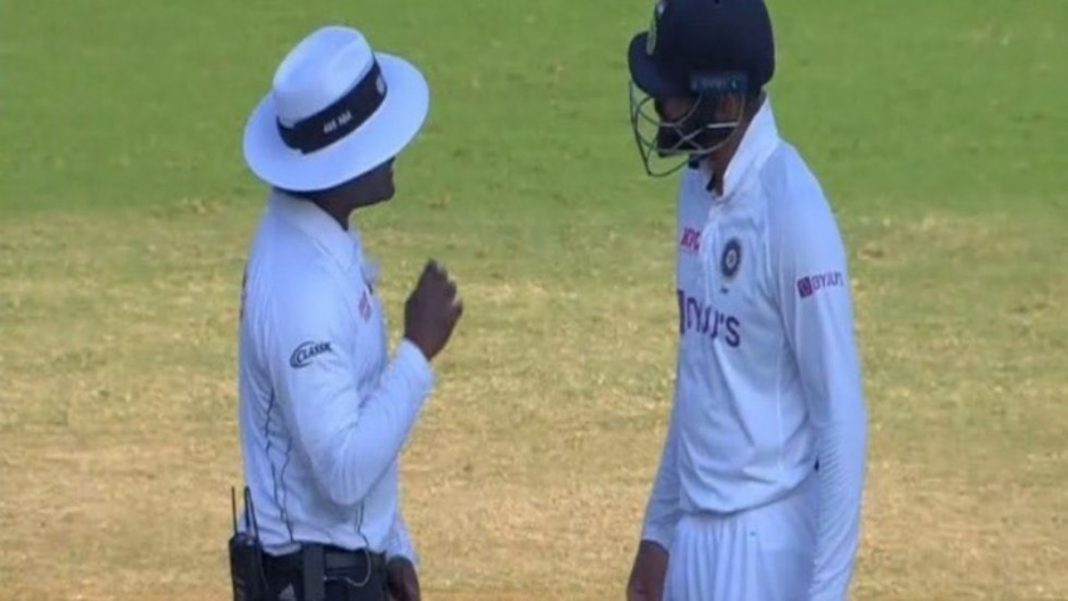 Indian skipper Virat Kohli who was surprisingly out for a duck in the first innings of the second Test against England came roaring back in the second innings with a terrific effort on a difficult pitch. He came up with a patient knock of 62 which rescued India from a mildly precarious position following a mini-collapse. He put on an excellent partnership with Ravichandran Ashwin and took India to a position of strength. Ashwin then went on to keep scoring quick runs after Kohli’s dismissal and it culminated in a fantastic century by the hometown hero.

India then came looking for wickets in the final session and got 3. They could’ve got 4 however, as a very close LBW call against Joe Root ended in an ‘Umpire’s Call’ decision occurring after the review was taken. Kohli was however, not pleased with the decision at all as he thought that the impact was actually in-line. This led to an argument between the skipper and the umpire which could now put him in trouble.

Due to the heated exchange between Kohli and the umpire and the fact that a third umpire’s call was being questioned by the Indian skipper, he could potentially face a ban for his actions on the pitch. Article 2.8 in the ICC’s Code of Conduct talks of “dissent at an Umpire’s decision”, and covers “arguing or entering into a prolonged discussion with the Umpire about his/her decision”.