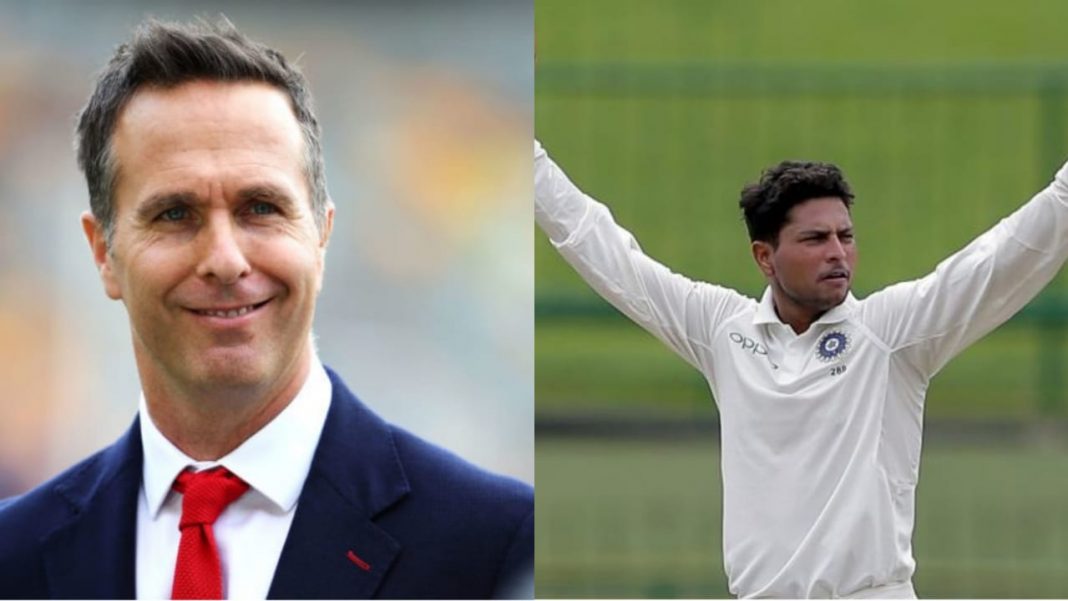 The first Test of the four-match series between India and England got underway today and the visitors made merry after opting to bat first. On a pitch that didn’t offer much for the bowlers, Dom Sibley and Joe Root came good and stitched together a 200-run partnership. India got some respite however, as in the last over of the day Sibley was trapped in front for an LBW by Jasprit Bumrah.

Joe Root remained unbeaten on 128 while Sibley got out for 87. Only Bumrah and Ravichandran Ashwin were able to pick up wickets. The likes of Shahbaz Nadeem and Washington Sundar went wicketless and also evidently struggled with their lines and lengths. The former was added to the line-up ahead of Kuldeep Yadav after an injury to Axar Patel and this decision has now come under scrutiny with fans and cricketers questioning as to why Kuldeep was not picked.

Former England captain Michael Vaughan took to Twitter to express his views on the omission of Kuldeep Yadav from the playing XI. He wrote, “Ridiculous decision by #India not to play @imkuldeep18!!! If he isn’t going to play at home with the injuries they have when is he going to play!!! (sic)”

It’s noteworthy that Kuldeep Yadav didn’t get to play a single game in Australia as well despite being a part of the original squad. He was the only one from the same to not get a game despite the fact that net bowlers like Washington Sundar, Shardul Thakur and T Natarajan got to play the final Test at the Gabba. It remains to be seen if we will see Kuldeep in the upcoming Tests against England.