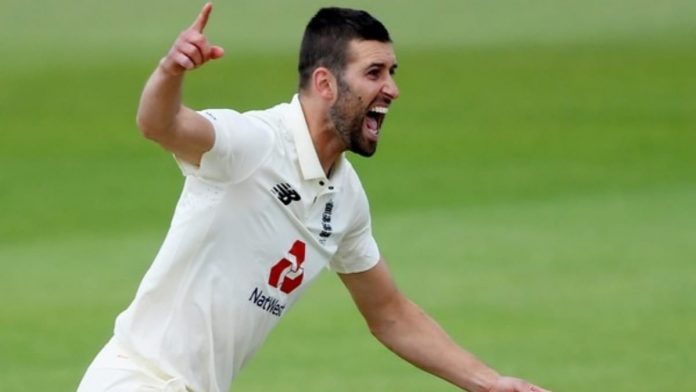 England’s ace pacer Mark Wood opened up ahead of the third Test match slated to begin on 24th February at the Motera Stadium, Ahmedabad.

Wood was announced among the 17-member England squad for the upcoimg third and the fourth Test to be played in Ahmedabad. He didn’t play the initial two Test matches against India as he was rested as per England’s rotation policy.

“We’ve been bowling with them in the nets – they have swung quite a bit and they’ve lasted longer which was interesting to see. Using the momentum from the last game against Sri Lanka where I picked few wickets so I will be trying to just get back in that groove and rhythm. It will take a couple of sessions to get the rhythm back. With this pink ball, it is a good opportunity in the new stadium to show what I can do,” Wood said in a virtual press conference on Friday.

“With the ball, as soon as it moves, every one of the bowlers from the past couple of months is dying to get it in their hand. I’m not the only one who’s trying to get hold of it,” he added.

Practice pitches are greener, something on offer for seamers, feels Wood

“The wickets in the nets have been a bit green and had good pace and carry too. I don’t know if that’s anything to go by or whether it’s a bit of a trick. As soon as the ball moves, we know how good our seam bowlers can be. We’ve got good depth there, good skills and two of the best-ever (James Anderson and Stuart Broad). Hopefully, if the ball does move and it is seamer-friendly we can be very confident going into the game,” he said.

He appreciated England Board’s rotation policy and said, “There’s a lot of cricket this year. When you have such a unique position, where we’re in bubble after bubble and time in hotel rooms and away from family, I think the ECB have made a good decision and are looking after players. I know it’s come in for criticism but from my point of view, especially as a multi-format player, when would you get that break or that switch-off, or would you be able to keep performing at the level required, if you’re mentally tired or physically tired?”

“So it’s good that different people are getting breaks at different points, it allows you to use different players for what’s coming ahead. We’ve got a massive squad and huge depth of talent, so it gives an opportunity for everyone. And you just got to try and take your opportunity when it’s your turn,” Wood added.

Wood emphasised the importance of rotation policy and feels that crieckting nations should also adopt this.

“If things had been different or we didn’t have so much cricket, or there wasn’t these bubbles, I think we would play our best team as much as we could. We have to go down that route because of everything going on and we should maybe see it as a positive, that the ECB are looking after their players in that way. Other nations might follow this, down the track if coronavirus was to keep going,” Wood said.

“You look at both sides of the argument. I get why people are saying that but from within the playing group I think it’s seen as a positive. Of course, you want to play every game, and you don’t want to be rested and rotated, especially if you’re doing well. But in the long run, the endgame, especially for the multi-format players, is to make sure that everyone’s fresh and raring to go,” the pacer added.

The third Test is a day-night Test match to be played with pink-ball between the two side. The action for the third Test will get underway on February 24.