The World Archery Youth Championships 2021 are taking place in Wroclaw, Poland. India enjoyed success at the Championships, with 16 of the Indian teams making the medal matches over the last few days.

Yesterday the compound teams enjoyed particular success, with all the teams winning gold medals and individuals picking up 4 medals as well including 2 silver and 2 bronze. The recurve cadet teams and individuals also had a successful showing, bagging a total of 5 medals, of which 2 were gold.

The men’s junior team was up in the gold medal match, where they were up against Spain in what would turn out to be an exciting finals. The Indians got off to a poor start, as they lost the set 47-49. However, they found their groove in the second set, winning with an exceptional score of 58-52.

The third set was tied up 54-54, and it was on the Indians to deliver in the last set. The trio of Dhiraj Bommadevara, Aditya Choudhary and Parth Salunkhe had an exceptional set, winning 56-52, and taking home the title of champions 5-3.

The Indian mixed team of Komalika Bari & Parth Salunkhe were once again up against Spain, in another close fought match. The Indian team stayed strong however, as they managed to beat their opponents to win the gold medal once again, 5-3. The successful day for the Indian teams ended with another gold medal. 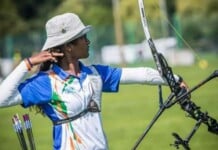 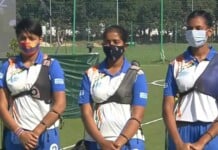 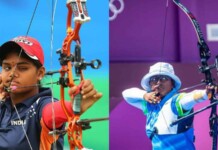