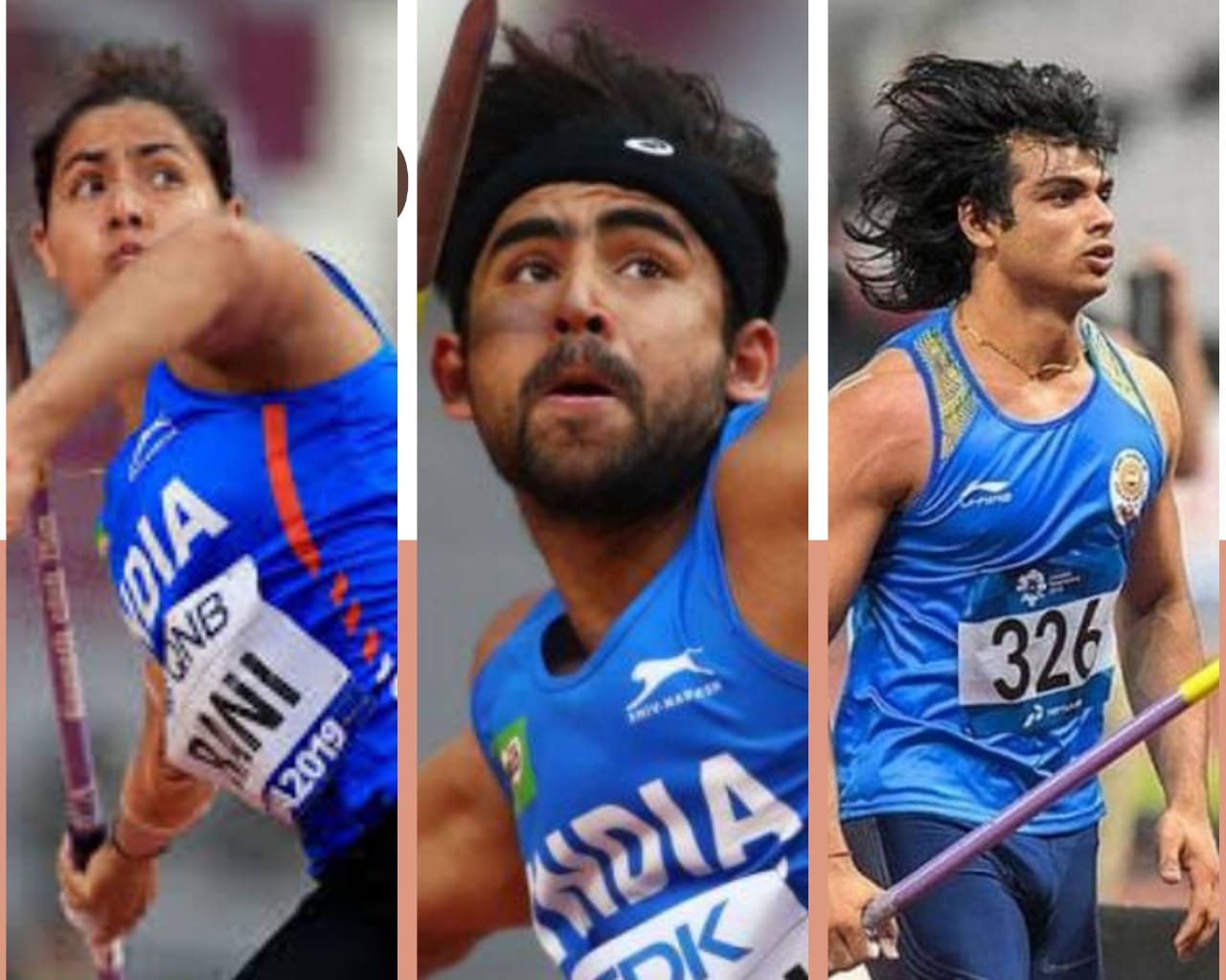 Javelin throw has emerged as a popular athletics event in India since the last few years. India is hoping for its first ever athletics Olympic medal from this discipline. Here is a review of javelin throwers who can make India proud at Tokyo 2020.

It all started with Neeraj Chopra’s historic gold at the Under 20 World Championships in Bydgoszcz back in 2016. He continued to make India proud by winning gold medals at the Commonwealth and Asian Games in 2018.

A throw of 87.86m in his first competition, after more than a year’s break due to a throwing arm injury, is something that makes Neeraj India’s biggest hope for it’s first ever athletics medal at the Olympics. Asian and Commonwealth champion Neeraj was just 20 cm short of his personal best 88.06m achieved at the Asiad 2018. Chopra also bettered the Tokyo qualification mark of 85m with this attempt. This makes him the 2nd javelin thrower from India to qualify for the Olympics after Jagdish Bishnoi, who represented India at the Sydney Olympics in 2000.

If Neeraj can maintain the same rhythm and consistency at Tokyo, undoubtedly he would be a strong contender for the Gold. Some of his rivals are Thomas Rohler (PB-93.90), Johnas Vetter (PB-94.44)and Magnus Kirt (PB-90.61). In Rio 2016, the German, Rohler was the winner of the gold medal with a throw of 90.30m.

Asian Championship and SAG silver medalist Shivpal has a personal best of 86.23m which makes him India’s second best thrower. There have been lots of up and downs in his performance throughout his career. He could only manage to throw 78.97m in the World Championships the previous year and failed to qualify for the finals.

Shivpal hasn’t reached the Olympic qualification mark yet, but the 85m mark seems achievable for him in upcoming competitions.

Unlike the men’s category, India lacks quality throwers in the women’s event. Annu Rani is the sole big name making India proud in international competitions. Last year, Annu created history by reaching the final of the World Championships. She also bettered her own national record to 62.43m in the process, and finished 8th in the final with a best attempt of 61.12m.
She needs to improve her national record to 64m for the Olympic qualification.

Rohit Yadav, Sahil Silwal and Arshdeep Singh are some upcoming stars who can do well for India in the future. Rohit is currently training in South Africa with the likes of Neeraj and Shivpal and is expected to put up a good show at the World U-20 Championships later this year.

Kisalay is an avid follower of various sports like athletics and tennis.