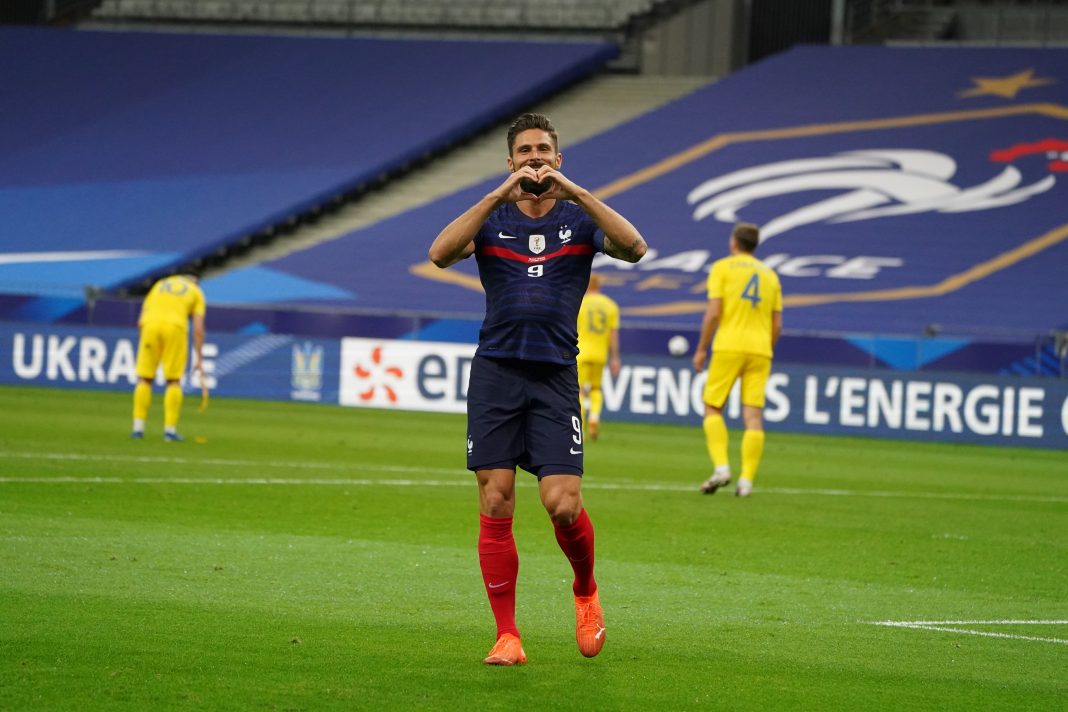 French youngster Camavinga opened the scoring after just 9 minutes of play. Giroud’s header is saved by the Ukrainian goalkeeper. However Camavinga scores with a fantastic overhead kick. Giroud scores his first of the night with a curling left footed effort.

Houssem Auoar shoots from long range and the goalkeeper palms the ball away. However it falls in front of Giroud who heads it in for his record goal!

France continued their routing in the second half as well. Tolisso linked up with Kylian Mbappe to drive in a low shot. Moreover Mbappe himself scored minutes later after some great dribbling inside the box.

Antoine Griezmann put the icing on the cake with the last goal. His powerful shot is deflected and leaves the goalkeeper rooted to the spot. The match ends 7-1.