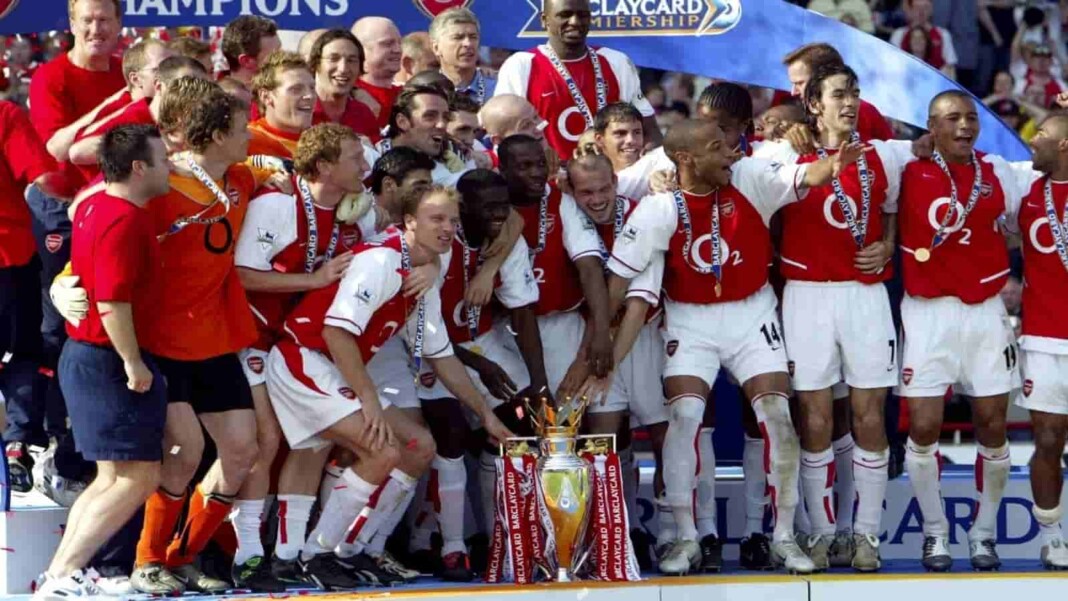 Every Premier League fan who watched the English top-flight games is definitely missing the vibes and rivalry that they used to get in the olden days. Amongst the rivalries, they are missing the Arsenal vs Manchester United, Liverpool vs Manchester United, Chelsea vs Arsenal etc. Amongst the manager rivalries, they are definitely missing Sir Alex Ferguson vs Arsene Wenger which was the rivalry of the decade. The “Invincibles” have become “Invisibles” and we know whom we are talking about.

Under Arsene Wenger, Arsenal became a side that went on to challenge Sir Alex Ferguson’s Manchester United that was growing in stature in both England and Europe. Under Sir Alex Ferguson, Manchester United were a team to beat and “The Professor” created the rivalry between the sides with his pure tactical masterclass. His signings were perfect that led Arsenal to remain unbeaten and lift the Premier League title as “Invincibles”

Arsene Wenger signed Jens Lehmann, one of the key contributors in Arsenal’s chase for a fee of £1.5 million and signed Jose Antonio Reyes in the winter transfer window. The defeat by Manchester United in the 2002/03 season was still fresh and Wenger wanted an act of revenge. The players were ready for the challenge.

Gunners started the season strong and found themselves on top of the points table. They drew against Manchester United and it was the prelude for better things to come. Arsenal went on to remain on top of the points table whereas Chelsea and Manchester United kept on chasing. After a draw in the second clash between Arsenal and Red Devils, Sir Alex Ferguson conceded:

The club broke the record of 30 games unbeaten after the game. The confidence in them grew so much that they finished the campaign without a loss. Arsenal lifted the title as “Invincibles” at the end of the 2003/04 season. However, very few knew that Arsenal’s decline was yet to start in the English top flight.

After the Premier League 2003/04 season, Manchester United and Chelsea were set to battle it out for the title. Both clubs splashed money whereas “Invincibles” did not go all guns blazing. However, Arsenal were able to finish in the top two with Chelsea winning the title. However, this was the start of Arsenal’s decline.

After successive setbacks, Arsenal spent some cash to bridge the gap. Though they could not win the title, they finished four points less than the first-placed Manchester United in 2007/08. Over the years, the gap has increased and has not decreased in reality.

Over the last six seasons, Arsenal have finished only once in the top-four. This came in 2015/16 when they were close to winning the title until Leicester City turned to snatch away the title from Arsene Wenger’s men. The fans turned upon one of the greatest managers in the English Premier League and resulted in his departure. Unai Emery replaced Wenger at Emirates.

Unai Emery tried to rejuvenate the club and tried to bring them back to the Champions League. However, the club failed to win the Europa League finals game against Chelsea which was the closest they came to get the Champions League action. The club sacked Emery and appointed Arteta. Though Arteta was able to win the FA Cup title, he could not finish in the top-four.

In the 2020/21 season, Arsenal was in the relegation zone until a prosperous December happened for them. Despite the failures of other clubs, Arsenal could finish in eighth place. They do not have European action for the 2021/22 season. From fighting for the title with big clubs, they are reduced to a banter club with a lack of proper signings and managers.

A true English Premier League and a Manchester United will want to see the same intensity and rivalry between the good olden day clubs. It was a pure gem of rivalry despite not being from the same city. Can Mikel Arteta rejuvenate Arsenal that has fallen from grace over the years?

Also Read: Bukayo Saka: Will the player be fit for England’s semifinal against Denmark?