The co-main event of UFC Vegas 37 was headlined by two of the most exciting light-heavyweights on the roster, Devin Clark (12-5 MMA, 6-5 UFC) took on Ion Cutelaba (15-6-1 MMA, 4-5 UFC) and the fight between these two lived up to the hype. Cutelaba was coming off from a draw against Dustin Jacoby, and Clark was coming off from a loss against Anthony Smith.

This was an opportunity for both of them to get back in the win column, and both these athletes gave their 100% inside the octagon.

Round 1 – Cutelaba started the fight with a kick but he missed that one, Devin stayed on his toes and moved well to keep Cutelaba at a distance, Devin was landing some nice jabs and he was setting up his strikes. Cutelaba stayed patienet and dropped Clark with a big punch, he tried to finish the fight on the ground but Clark survived the storm. Definietly a 10-8 round for Cutelaba.

Round 2 – Clark was hurt but he was moving well to avoid any big shot, Cutelaba secured a takedown and immediately secured the top mount. He worked his way through Clark’s guard and landed a barrage of nasty elbows. Clark grabbed Cutelaba to avoid any major damage. Cutelaba stayed on top and continued his ground and pound. Ion attempted an arm bar but Clark managed to get back on his feet. Another dominanat round from Cutelaba.

Also read – UFC Vegas 37: Arman Tsarukyan finishes Christos Giagos in the very first round to get a win 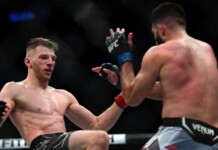 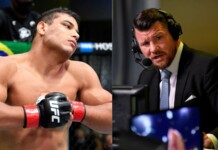 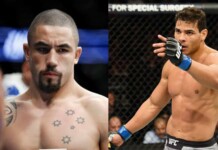 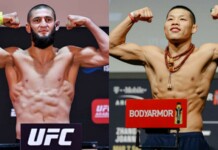