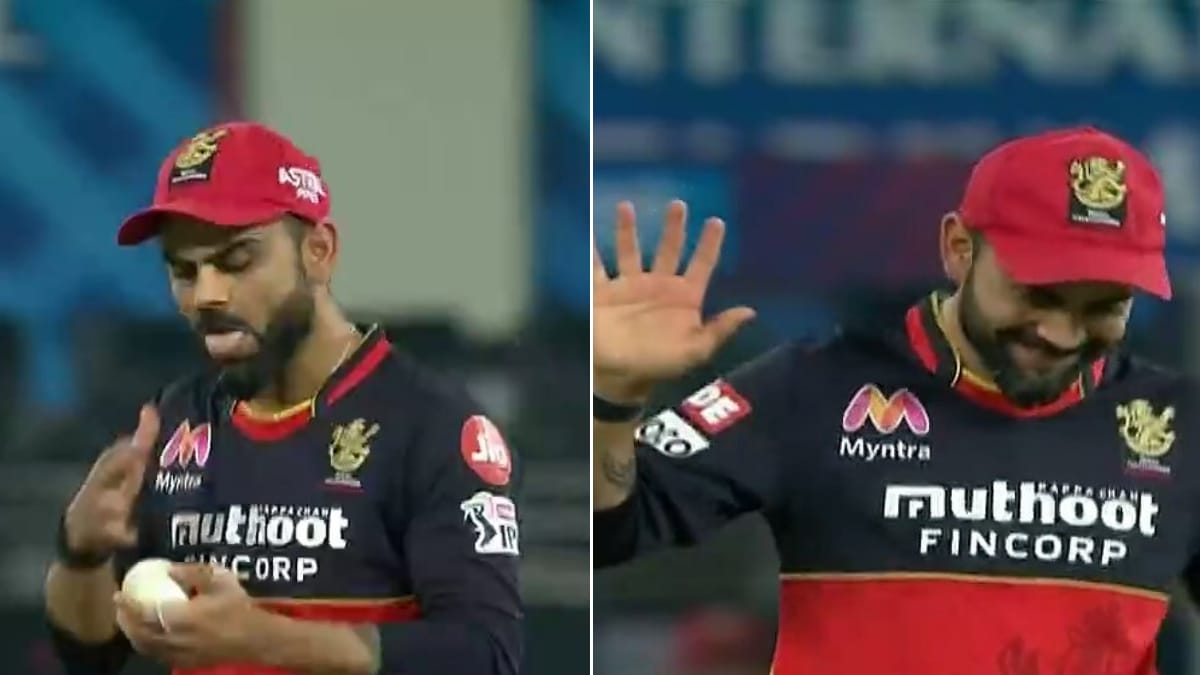 Royal Challengers Bangalore (RCB) skipper Virat Kohli on Monday had almost applied saliva on the ball during the Indian Premier League (IPL) 2020 clash against Delhi Capitals (DC) in Dubai. The incident took place on the third ball of the third over when DC opener Prithvi Shaw smashed a cracking cover drive of RCB seamer Navdeep Saini.

Kohli was standing at short cover and did not let the ball go past him. After fielding the ball, Kohli almost applied saliva on the ball which would have been a violation of the ICC’s COVID-19 regulation. However, Kohli was very quick to realise his mistake and immediately raised his hands to accept the slip-up.

“What an incredible shot by PrithviShaw there! The million-dollar reaction by Virat kohli after almost applying saliva on the ball. Sometimes instincts take over!” Tendulkar tweeted.

Earlier last week, Rajasthan Royals batsman Robin Uthappa was was seen applying saliva on the cricket ball after dropping catch of Sunil Narine during the clash against Kolkata Knight Riders (KKR).The International Cricket Council (ICC) has already notified a ban on the use of saliva to shine the ball because of the dreadful coronavirus pandemic.

“Players will not be permitted to use saliva to shine the ball. If a player does apply saliva to the ball, the umpires will manage the situation with some leniency during an initial period of adjustment for the players, but subsequent instances will result in the team receiving a warning,” mentioned in ICC COVID19 protocols.

“A team can be issued up to two warnings per innings but repeated use of saliva on the ball will result in a 5-run penalty to the batting side. Whenever saliva is applied to the ball, the umpires will be instructed to clean the ball before play recommenced,” the ICC had mentioned.

Also read: IPL 2020 RCB vs DC WATCH: Ravichandran Ashwin decides not to Mankad Finch, leaves him with a warning