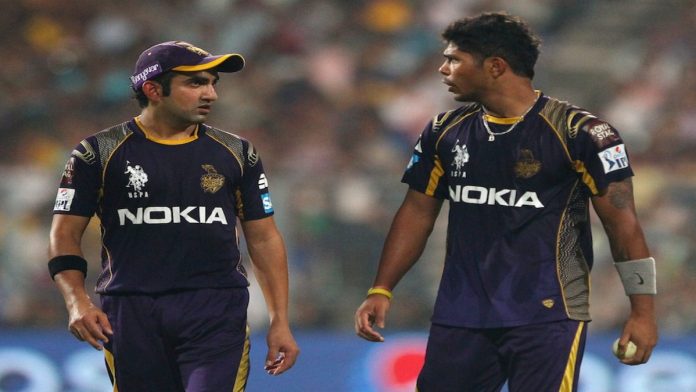 The Delhi Capitals (DC) franchise acquired the services of Umesh Yadav for his base price of Rs. 1 crore. The Indian pacer was released by the Royal Challengers Bangalore (RCB) last year after three years with the Virat Kohli-led side. Umesh wasn’t up to the mark last year as he was unable to live up to his reputation of being a wicket-taking bowler. He was also taken for runs at an economy of 11.86.

Despite the same, former Indian cricketer Gautam Gambhir expressed surprise that the fast bowler didn’t go for more than his base price. He stated that a player with Umesh’s experience should have gone for a larger price despite his inconsistency in the T20 format. It is noteworthy that Umesh played under Gautam Gambhir while at Kolkata Knight Riders (KKR) and hence the latter would have observed him in close quarters.

Gautam Gambhir spoke on the Star Sports Network about Umesh Yadav’s buy at his base price and said, “I was absolutely shocked when he(Umesh Yadav) went for ₹1 crore, there are not many fast bowlers who can bowl 135-140. Yes, he can be a little hot and cold, but when he is hot he can be very hot, but then not many teams went for him.”

“It was a great buy for Delhi because Delhi wanted someone like Umesh Yadav with that kind of an experience because Ishant Sharma is not fit, they had to bowl someone like Tushar Deshpande, where there was not enough experience. Now they have got Umesh Yadav, so hopefully, he can do well for them,” he signed off.