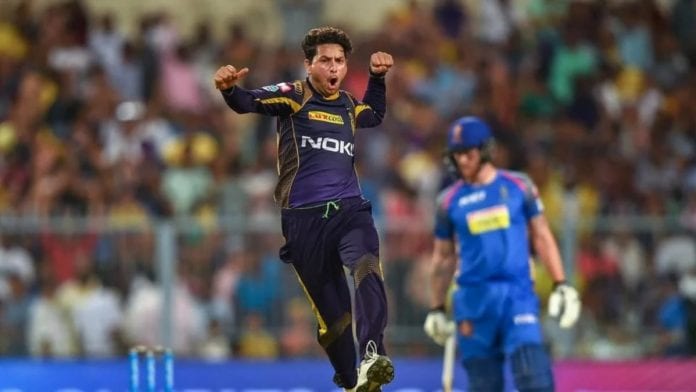 Kolkata Knight Riders (KKR) addressed their vows during the Indian Premier League (IPL) 2021 auctions. They picked some experienced players including the likes of Harbhajan Singh and Shakib Al Hasan to add the much-needed depth to their spin department.

However, this would give a tough competition to the out-of-form Kuldeep Yadav for making it to the playing XI. Meanwhile, Yadav said that he’s happy with the new players coming to the side. He feels that KKR is well balanced now and he is sure that the Kolkata-based franchise will win the trophy this time.

“This time our team is well balanced, and with Harbhajan Singh’s selection, the team will get an edge. I am happy that we have new promising players in the team and with this confidence, I am sure that we will win the trophy this time,” Kuldeep said.

‘My rhythm was not up to the mark’: Kuldeep

The left-arm chinaman bowler failed to leave an impact during the recently-concluded One Day International (ODI) series against England. Kuldeep could not clinch even a single wicket during the two matches that he got to play. Moreover, he leaked many runs during these two outings before getting dropped in the subsequent clash.

“It was difficult to take wickets in this series, so my focus was to take down as many as I can. The gameplay of the opposite team was fearless. My rhythm was not up to the mark during the first ODI against England, however, I got better as the game progressed. But, after the three sixes in an over from Ben Stokes, it dented my economy rate,” Kuldeep said on his current form.